An excerpt from The Devil You Know.

I look up and see seventy-one-year-old Herman Katz hurrying across the waiting room with outstretched arms. Herman Katz is the bane of my existence. During my short stint at the VA, I have had him in my examining room dozens of times. Or maybe it just feels like dozens of times. Although I think it actually has been dozens of times. These days, it’s a rare treat when I look at my patient roster and don’t see his name on the list.

It makes me feel all the more guilty that I know Mr. Katz loves me.

“Thanks for seeing me on such short notice, Dr. McGill,” Mr. Katz says breathlessly.

“No problem.” I shoot Barbara an accusing look, but she’s too busy making stripes on her nails to notice. “Come with me.”

Mr. Katz eagerly follows me down the hall. While it’s not a stretch to imagine some of my patients being on the front lines in Iraq, it’s more of a stretch to imagine that Herman Katz was ever a soldier. Granted, that was quite a long time ago—he fought in the Vietnam War. But I’ve met plenty of old guys that I could easily imagine fighting for their country. Mr. Katz is not one of those guys—his short stature, slight build paired with a rotund belly, and large overbite don’t really suggest war hero to me. Neither does the fact that he makes an appointment with me every time he gets so much as a splinter.

I don’t bother to have Mr. Katz change into a gown. Most of his complaints don’t require a gown or even a physical exam at all. The last time I saw Mr. Katz, he wanted my opinion on whether he should go to a jazz festival. (He was worried it might be too loud and harm his ears.)

I load up my patient’s medical record in the computer, even though I know it by heart. Immediately, I see pages and pages of my own notes.

“What seems to be the problem today?” I say. I’m trying to keep the irritation out of my voice and remain compassionate. Mr. Katz is a really nice man. He’s just lonely and a little neurotic. It’s not his fault.

“My left hip is acting up,” he tells me, his graying eyebrows furrowed together.

“Does it hurt just sitting there? Like, right now?”

That’s a trick question. I know he doesn’t exercise. Because it causes a sharp pain in his right temple. I learned more than I ever wanted to know about that in October.

Sure enough, Mr. Katz shakes his head. “No.”

He thinks for a minute. “It hurts when I do this …” He stands up, spreads his legs apart, and lifts his left hip while simultaneously fully externally rotating it. I half expect him to start singing, “I’m a little teapot, short and stout!”

It’s genuinely very hard not to start laughing. “Well, how often do you have to do that?”

“I guess not too often,” he admits.

At first, I’m certain he’s going to argue with me. But maybe he senses that I’ve barely slept in the last twenty-four hours and takes pity.

Mr. Katz squeezes his sweaty hands together. “Do you think that it could be … you know, cancer?”

“It’s not cancer,” I tell him. “I promise you. It’s definitely not cancer.”

For the first time since he came in today, Mr. Katz smiles at me. He’s happy. Well, at least until next time.

Freida McFadden is a physical medicine and rehabilitation physician who blogs at A Cartoon Guide to Becoming a Doctor.  She is the author of The Devil You Know.

I should have been a physician by now 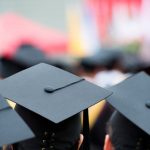 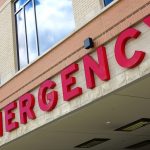 I promise you. It’s definitely not cancer.
2 comments