In our recent paper criticizing how industrial quality improvement has been misapplied to primary care, we didn’t just complain, we made suggestions for a better way forward.

This was under the assumption that regulators and payers will continue to insist on some kind of numeric reporting of outcomes by physicians or practices whether physicians like it or not, or whether it’s really useful and fair or not.

We suggested that if regulators continue insisting that physicians report a list of simplistic disease and preventive measures, then physicians should not be penalized if the supposed high-quality care is not delivered for many valid reasons driven by patient-specific issues.

Examples include a patient who can’t afford her blood pressure medicine, a patient who doesn’t want to take insulin, a patient who is legitimately concerned about the harms of mammography (and the mounting empirical evidence of its ineffectiveness), a new patient to the physician, and a patient who has a co-morbidity that makes the simplistic intervention inappropriate. For any disease or preventive measure where patients can’t or don’t want an intervention, their cases should be removed from the physician’s quality report card. They should be taken out of the report’s denominator.

Some people ask me when they here this suggestion, “Don’t Medicare and the insurance companies do this already?” No, they don’t. Not any of them.

This approach has been successfully used in Britain since 2004 under its Quality and Outcomes Framework. They have proven this is possible on a large scale.

Bureaucrats talk out of both sides of their mouths. They say they want care that is patient-centered, but if one of my patients doesn’t want to do what the textbook says should be done for a simplistic situation, I’m supposed to bully them into receiving care they don’t want or need just to make my report card look better. Soon it will be more than looks. Physicians’ pay will depend on pleasing the simplistic report card gods.

I just lost my son to suicide. What can I do? 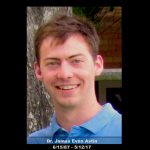 Doctors will inevitably make mistakes because they are also human 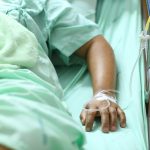