“Choose your battles carefully,” goes the old saying. My physician colleagues would do well to heed that advice. For the past several years, physicians in many states have been engaged in battles with nurse practitioners in their respective states who are seeking to remove antiquated regulations. These regulations preclude nurse practitioners from practicing to the full extent of their education, as recommended by the Institute Medicine report: The future of nursing, leading the challenge.

In 23 of 50 states, nurse practitioners have full scope of practice. In these states, nurse practitioners do not have to work within the old guidelines that restrict patient access to care. Such guidelines require physicians to “sign off” on a host of paperwork that creates bottlenecks in an already overburdened system, leaving patients without necessary durable medical equipment, such as oxygen or wheelchairs.

Allowing nurse practitioners full scope of practice would remove the pseudo boundary that exists between NPs and physicians pitting us against each other, when in fact, we are on the same team.

Instead of fighting with each other, we should band together to challenge the insurers and pharmaceutical companies that are governing the way we practice and in doing so, driving physicians out of primary care.

Just think of how powerful our lobbying efforts would be if we joined forces. We could battle Mylan who raised prices on the EpiPen 500 percent, to $600. (Although they did lower it to $300 after hundreds of thousands of petitions were submitted and protesters gathered outside their headquarters. The same Epi-pen costs $69 in England.) Or with companies like Turing where the greedy CEO raised the price of Daraprim, an anti-infective drug used in treatment of toxoplasmosis, from $13.50 a pill to $750 a pill in one day.

In practice, we work as a team. We need each other. So, what’s at stake here? Well, physician opponents think that nurse practitioners lack the education and training to provide comprehensive care to patients. Research has dispelled that myth. The National Governors Association conducted outcome studies on chronic diseases in patients treated by both NPs and MDs in those states where NPs have full scope of practice. The study found that outcomes were equivalent in both groups. And a study looked at hospital admission rates of nursing home patients cared for by physicians and nurse practitioners and found them to be much lower in the group cared for by NPs.

Physicians also oppose removal of barriers to practice because they say, “we are all part of the same team,” and view full scope of practice authority as a threat to the team model, with NPs opening private practices. Nurse practitioners in restricted states are able to operate private practices now so long as they hire a collaborating physician. This is often the case in psychiatry. A colleague of mine was left high and dry when her collaborating psychiatrist moved out of state and almost had to close her practice, denying several patients access to care.

By removing false barriers to practice, such as the not-adhered-to guidelines requiring physicians review medications, therapeutics and lab results ordered by NPs — all content covered in NP school —would allow the team to focus on what truly matters: patient care. Physician time would be better spent on tasks that their education has prepared them to do, rather than complete requisite paperwork for home care, durable medical equipment or disability exams. And our time as a team would be better spent joining forces to battle big-pharma and other profit-driven businesses.

In Massachusetts, a bill will be submitted again this year. I am hoping my physician colleagues will support it.

After all, aren’t we working for the same team?

Margaret Ackerman is a nurse practitioner. 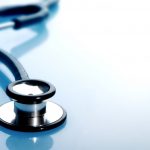 Will California be the third strike against single payer? 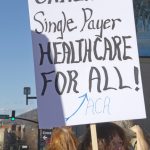 Doctors and nurse practitioners have to stop fighting
7 comments