Our national useless dialogue on the future of health care in the U.S. continues. Trumpcare has a long way to go before it potentially becomes law, so no one knows what it will finally look like. Obamacare is in a death spiral anyway. So the existing financing system will change no matter what.

But once again the two-party scream-at-each-other system is only talking about changes in health care financing. On one side, let’s just give it a name, the Visa side, Visa proponents want more federal subsidies of health care that will essentially be paid for by dumping more debt on our children.

On the MasterCard side, those proponents want to give the wealthy a tax break and shift the cost of health care partially away from our children and onto the backs of current users. There is little more substance than this currently being discussed. Pre-existing conditions will be heatedly debated too, but as a percentage of the whole package it’s an important, but relatively small issue.

The real discussion buried here is: How much should the young and healthy subsidize the care of the middle-aged and sick? But no one wants to talk about this issue this plainly.

I was at a meeting recently where a new drug called Spinraza was discussed. It’s a drug to treat a mostly lethal childhood genetic disease called spinal muscular atrophy. Basically, the babies and toddlers grow progressively weaker until they can’t breathe on their own, and often don’t live very long, being dependent on a mechanical ventilator in the late stages of the disease. The maker Biogen, announced the cost would be $150,000 per dose.

The drug is delivered by a spinal tap. The first round of drugs is four injections over about two months, then every four months for the rest of the patient’s life. In simple math, not including the cost to administer the drug, complications, etc., this means that this treatment will cost about $8 million to keep a child with this disease alive to age 18, which is roughly 3 to 4 times more than the average American earns in wages over a lifetime. And then the costs continue into adulthood as far as the eye can see. Where’s the debate on this?

What will other countries do about this drug? I guarantee you that all the other developed countries will tell Biogen, “We’re not paying nearly that much. Lower the price substantially, or we’re not buying the drug.” Their citizens are willing to make personal sacrifices for the good of the system. That’s not very American.

As the political money changers continue to scream about payment plans, the fundamental assumptions of our health care system continue without change. The POEM assumptions are still fully operational: prevention saves money, ologist care is best, early detection cures everything, and more treatments equals better care. Plus, even the dealmaker in chief seems incapable of telling vendors that overcharge to take a hike.

We are nowhere near a real solution. 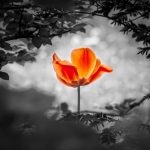 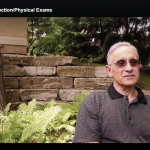