President Donald Trump in a recent press briefing with Australian Prime Minister Malcolm Turnbull announced, “Of course the Australians have better health care than we do – everybody does.” On the heels of the House narrowly passing the first in many steps toward Obamacare repeal and replace, President Trump’s comment caused a bit of a stir, to say the least.

MSNBC was all over it. Chris Hayes interviewed fellow socialist Senator Bernie Sanders who was giddy over Trump’s comment. “Thank you Mr. Trump for admitting that universal health care is the better way to go,’’ he crowed. Bernie laughed out loud over this, almost as funny a moment for him as when he learned CNN was feeding debate questions to his primary opponent Hillary Clinton.

What did Trump mean? Does Australia have better health care or a better system for delivering health care services to their citizens?

Health care can be measured in many ways such as disease incidence, prevalence and survival rates for heart disease and cancer. One measure is the death rate for all types of cancer where the U.S. narrowly outperforms Australia. I’m sure the president was not delivering a public health lecture. Instead, he was speaking of how health care is delivered in the two countries.

In the United States, health care is delivered by a hodgepodge of public and private systems. Medicaid for the poor. Medicare for the elderly. The VA system for veterans. Employer-based insurance for most working-age adults and their families. And finally, individual plans through Obamacare for everyone else. All with myriad rules, regulations, and restrictions imposed by the federal government. And all financially unsustainable, kept solvent by the federal government’s unique ability to print money.

What do they do in the land down under? “Where women glow, and men plunder?” To be fair, men (and women) plunder in America, too. It’s called Congress.

Australia has a two-tiered system, public and private. The public system provides universal care and is funded by a single payer, the government. It’s called Medicare, and is available for “Australian citizens and permanent residents.” No mention of covering illegals. A wide range of health services are provided, “at little or no cost and is funded by a combination of general revenue and the Medicare levy.” Meaning taxes. Specifically, 2 percent of taxable income with up to a 1.5 percent surcharge on high earners.

There is also a parallel and completely optional private system for those who don’t want care based on the dictates of the government. Private insurance in Australia provides choice, “If you, your partner or another family member becomes sick or injured, you can choose who treats you, when and where — putting you in control.” The opposite of their public option with the government in control. And quite unlike Obamacare.

Australian private insurance is market-based. Buy coverage for what you want and need, not what Obama and Pelosi say you need. “You can either select a pre-packaged hospital and extras bundle or mix ‘n’ match covers to create your own package – it’s up to you.” Wow, individual choice without government mandates and essential benefits. The 50-something single man doesn’t need to purchase maternity or pediatric insurance.

What else? “Your hospital excess is capped” meaning you won’t go bankrupt if you get really sick. “You can choose any provider you like” just as with Obamacare. Or not. When the Aussies say, “If you like your doctor, you can keep your doctor” they mean it. Good on ya mate!

Back to the public option, the left’s holy grail of single-payer and universal coverage touted by Bernie Sanders. What’s the catch? It all seems logical, keeping the public and private systems separate, something for everyone. Pay your money and make your choice. But there are trade-offs.

Acknowledging the political and cultural reality that health care is an entitlement in America, despite all the free market and constitutional arguments that it is not. That ship sailed decades ago with the New Deal, Great Society and now Obamacare.

Coverage for preexisting conditions won’t go away. Eliminating this would never make it through Congress, even with Republicans in control. Instead, separate the two systems and let each do what they do best.

In Australia, the public option, Medicare, does cover everyone, but with a few caveats. You may not be the captain of your own ship. “Your general practitioner (GP) usually determines what medical treatment you need to manage your condition and symptoms.” Suppose your GP thinks she can treat you herself? Another Marcus Welby. Who needs a specialist?

If your GP believes you do need to see a specialist, he will send a letter to the local public hospital, which “will be reviewed and assessed by the hospital.” This all takes time, and is only the beginning of the wait. “If the referral is accepted, you will be put on an outpatient wait list to see a specialist.”

You will then fall into one of three categories for your specialist consultation or elective surgery. If urgent, you will be attended to within 30 days. Of being added to the wait list, not from when you first saw your GP. Semi-urgent conditions have a wait list of 90 days, and non-urgent problems wait up to 365 days.

These are recommendations. Your wait might be longer or shorter depending on how busy things are at the public hospital. The urgent breast lump might not be assessed for 30 days. The cataract keeping someone from reading or driving might not be removed for up to a year.

You will not make an appointment; you will be given an appointment, perhaps not on a day you prefer. Sure, you can change it, but that might mean going to the back of the line. You will also see the specialist they assign you to. You may not like your assigned doctor. Again, you can change but get back on line for a new appointment.

Not all bad as your care will be of high quality, comparable to other first world countries. But don’t expect that the latest and greatest new drug you see advertised on TV will be on formulary and available to you.  Your wallet will thank you. You won’t have to pay for your care, but you will have to wait for it. Perhaps a long time, and sometimes to the detriment of your health.

Despite the problems, your care won’t depend on your health or preexisting conditions. For the most part at least. A similar system in the U.K. bans smokers and the obese from routine surgery. And your care will not cost you anything. No copay. No deductible. No monthly premiums.

If you don’t like it, go private. Pay out of pocket or purchase insurance. Or use both systems depending on your needs and urgency.

Not a bad model for the U.S. Certainly better than the hodgepodge system we have now, the worst of public and private systems and the best of neither. A system no one is happy with, on the left or on the right. And little reason for hope based on the recently passed House bill. 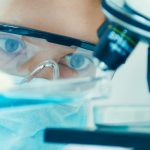 Where money and the law intersect, truth can sometimes be the victim 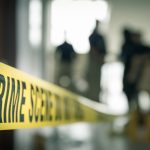