While I was in full-time practice, as far as I can tell, I received one bad anonymously written online patient review. It was on one of the numerous sites that exist but allows written reviews. The star rating is not much better since here you have no idea what the complaint is. However, the weight these reviews carry will increase, so we better take heed. Plus, given the fact that so few patients actually respond on any of these sites, a single bad review can have a devastating impact.

Anyway, here it is the review in its entirety:

Fractured my finger. But Gustavino read the X-ray wrong and treated it as a dislocation. I needed surgery three years later because I had ruptured the tendons and he had no idea. Thank God I went to another hospital after seeing this doc, and they at least cast it and treated it as a fracture. Doc was rude and had terrible bedside manner.

Now, after the initial shock, anyone reading would analyze it to see if anything productive can come out of it. First,
it’s anonymous. The accuser can express a complaint, and the accused cannot respond. It’s a violation of the most important of our civil rights, the right to face our accuser. The public reading this is supposed to act a like a jury who is tasked to render a decision after hearing only one side. It is a drumhead trial.

However, let’s be generous and see if the physician can glean something from reviews like this to become
a better doctor. After all, this is the purpose of these reviews, right?

That does not help much. There are many of different types of fractures that can occur in the finger
alone. Also, this does not narrow down who was the patient as I saw finger fractures almost every day.

“But Gustavino read the X-ray wrong and treated it as a dislocation.”

This narrows it down a bit. One of the most common finger injuries I saw was a combined fracture and dislocation of the middle joint of the finger. It was common enough that I had a lot of experience dealing with them. The treatment depends on the size of the fracture and whether or not the joint stays in place and was stable after reduction. An unstable injury is difficult to treat and I, in fact, would refer treatment of these to a hand specialist. One way or another, I had enough experience to identify the problem, explain it to the patient, and get the proper care.

“I needed surgery three years later because I had ruptured the tendons and he had no idea.”

The plot thickens. Clearly, this patient went somewhere else for treatment that took at least three years. Amazing how when a patient self-refers to another physician and there is a problem, it is always the first physician that gets the blame. Ruptured tendons? That almost never happens with this injury. Something else must have gone on.

“Thank God I went to another hospital after seeing this doc, and they at least cast it and treated it as a fracture.”

Bingo! Now I know what happened. Of the various ways to treat this injury what you never do is to cast it. You allow early motion if the injury is stable, and if unstable you operate then do motion as soon as possible, sometimes controlled. The reason is that this joint tends to get very stiff very quickly which is difficult to treat. I know this because I saw many patients referred to me who had this injury casted somewhere else, and their finger was very stiff. One of the treatments is to try and do what’s called a manipulation. Under anesthesia, you try and forcibly move the joint to break up the scarring. But if you are not careful you could get another fracture or, as you may have guessed, rupture the tendons.

“Doc was rude and had a terrible bedside manner.”

Don’t know what to say about this except that this a highly subjective, common complaint about any physician who any patient has a problem with for any reason. It is the last line of nearly half of bad online physician reviews.

So what was gained from this? At best, it shows that anonymous patient reviews are of nebulous value. At worst, it demonstrates how easy it is to negatively judge others and take away their basic rights when fear takes over or when things start going wrong. There is a desperate attempt to find something, or someone, to blame.

The Salem witch trials, the McCarthy hearings, and now anonymous online reviews of physicians that they cannot counter but will be used to judge a physician, putting their career and livelihood on the line.

“Are you now, or have you ever been, a bad doctor?” McCarthy would be proud.

This family physician is deeply disappointed in maintenance of certification 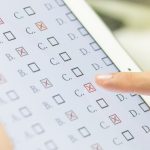 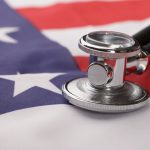 Are you now, or have you ever been, a bad doctor?
7 comments