There is enthusiasm in politics about reducing regulation to stimulate creativity and economic growth.

Maybe. But reduction in oversight of medication and medical devices by the Food and Drug Administration (FDA) will probably lead to a proliferation of expensive potions and gadgets that don’t actually help.

The New England Journal of Medicine published an article detailing the near miss associated with an injectable monoclonal antibody for Alzheimer’s disease. (Spoiler alert: It doesn’t work.)

Authors Chana Sacks, Jerry Avorn, and Aaron Kesselheim detail the saga of Solanezumab, a drug that attacks the protein in the brain that is associated with Alzheimer’s dementia. A monoclonal antibody is a molecule that binds to a specific target allowing the immune system to clear it from the body. Solanezumab binds to amyloid beta protein which is increased in the brains of patients with Alzheimer’s disease. Although it may help clear amyloid protein from patients’ brains, it did not help patients’ brains to work better. It wasn’t clear that the drug was worthless until all of the studies that the FDA required were completed. In fact, before the final, costly and rather time-consuming trial, it looked like it might help patients with mild dementia. But it really doesn’t help.

Because so many people have mild dementia and are desperate for a way to delay or reverse it, this could have been a very sought after drug. We don’t know what it would have cost, but we can guess that it might have been similar to other monoclonal antibody drugs on the market, ranging from $14,000 to nearly $30,000 per year. There are several million people in the US who have mild dementia, so the cost to Medicare, private insurance companies, and individual patients would have been in the many billions of dollars each year.

Drugs can be very good at changing blood tests or pathology slides without being good at all at changing patients’ health.

I will digress a bit here, on the subject of expensive monoclonal antibody drugs that don’t actually do much to help people. Evolocumab (Repatha) was approved by the FDA recently as an injectable drug to reduce cholesterol. This it does incredibly well. Read about it here. It has finally undergone testing to see if it really does any good by reducing cholesterol so dramatically and the results were hailed as a victory. The study enrolled patients with heart disease who were already on medication that had reduced their cholesterol. In this group, evolocumab actually does reduce the incidence of strokes, heart attacks, heart surgery or stents, hospitalizations for unstable angina and cardiovascular death, but only just a little bit.

At the cost of over $14,000 per year for the injections, it saves only a few patients receiving the drug from these events at a cost of nearly $1 million per event avoided every year. If you only look at death or death from heart disease, there is no difference between patients who take the injections and ones who do not. Since the initial studies done for approval of this drug only looked at safety and the drug’s ability to reduce cholesterol, it wasn’t clear until after it was in clinical use that it didn’t actually work that well for the outcomes we care about.

There are other drugs in other classes that looked like great ideas and weren’t, and they either cost the taxpayer loads of money as we finally figured this out, or died in clinical trials. Drugs that increased the strength of the heart to treat heart failure often fell into this category, and, if they had been adopted in standard clinical practice, there would have been needless deaths in addition to needless costs. There are other drugs that appeared safe and were eventually taken off of the market when monitoring by the FDA showed significant side effects. The FDA monitors and approves (or doesn’t) not only drugs, but also medical devices, food, cosmetics, veterinary products and machines which emit radiation. Its budget is $4.7 billion, of which not quite half is paid by the companies it monitors.

We should not ask the FDA to reduce its oversight of medication. What would be more helpful would be to increase funding for their efforts so they can do a better job and even complete an approval process more quickly when it’s indicated. Perhaps an FDA with more funding and more teeth, not less, might have been able to be firmer with the makers of evolocumab, requiring it to show more efficacy before it was rolled out to physicians and patients eager to try something new to reduce the risk of heart attacks. The FDA’s work on solanezumab, the Alzheimer’s cure that wasn’t, more than paid their cost to the taxpayer.

It is time for physicians to fight back. Now. 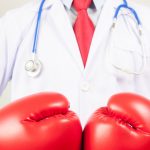 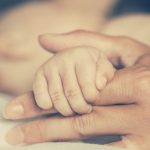