I had an interesting conversation with a patient in the office some time ago.

He was sent to me to evaluate abnormal liver blood tests, a common issue for gastroenterologists to unravel. I did not think that these laboratory abnormalities portended an unfavorable medical outcome. Beyond the medical issue, he confided to me a harrowing personal tribulation. Often, I find that a person’s personal story is more interesting and significant than the medical issue that led him to see me.

I am taking care to not identify him here, and I did secure his permission to chronicle this vignette. He is active duty military and is suffering from attention deficit disorder (ADD). He likes his job. He was treated with several medications, which were either not effective or well tolerated. Finally, he was prescribed Vyvanse, which was a wonder drug for him. The ADD symptoms melted away.

This is when military madness kicked in. He met with military medical officials who concurred that this medicine was appropriate for him. This decision, however, was overruled by a superior, since Vyvanse, is a controlled drug, which was prohibited. My patient was told that he could choose between taking this drug or keeping his job. In other words, if he opted for the one drug that worked for him, that he would have to quit. Who wins here?

While I do not know all of the relevant facts, this seemed absurd to me. My guess is that the decision came right out of a policy and procedure manual, which so often contains one-size-fits-all directives that override any measure of common sense. It is this mentality that expels a first grader who kisses a classmate because the school has a rigid zero-tolerance policy against sexual harassment.

When the patient was in my office, he had been off Vyvanse as required by his military superiors. He was not feeling mentally well. Not only was he off of his medication, but he was facing a profound professional decision that would change his life.

And here’s the most ludicrous aspect of the situation. The patient told me that other branches of the military had no issue with their servicemen taking Vyvanse. These branches apparently use different policy and procedure manuals.

If this vignette is representative of the how decisions are made in his military branch, then they have a deeper issue to address. Is there a medication that can combat rigid and robotic thinking? If so, let’s hope it’s not a controlled substance. 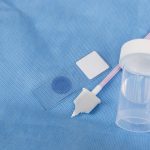 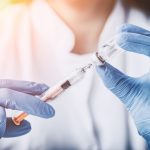 Is there a medication that can combat rigid and robotic thinking?
5 comments