“Pigs get fat, but hogs get slaughtered,” the saying goes. And so may it prove to be true for the pharmaceutical industry.

Three articles, all published May 3, illustrate the greed and egregious pricing by certain drug companies that are gaining public recognition and scrutiny.

As an example, Marathon invested $370,000 to obtain the license for the data on “deflazacort,” a steroid available for about $1,200 a year in the United Kingdom. This medication is prescribed to treat muscular dystrophy, a condition that predominantly affects young boys. The company then secured FDA approval, renamed the drug “Emflaza,” and sold it to patients in the U.S. for $89,000 a year. Through the approach it used, Marathon invested only minimal dollars, avoided having to complete late-stage clinical trials, and was never required to compare its efficacy against other, relatively inexpensive generic alternatives.Marathon Pharmaceuticals LLC serves as a case in point. Over the last 15 years, its chairman and CEO Jeffrey Aronin generated a billion-dollar valuation for the company. As reported in a Wall Street Journal article, “Drug Price Revolt Prods a Pioneer to Cash Out,” he achieved this milestone not by inventing new drugs but, rather, by buying the rights to old ones, then raising the prices excessively with disregard for patients’ ability to pay.

Outrage from parents of children with muscular dystrophy, combined with harsh criticism from several U.S. senators, forced Marathon to recognize that it had painted itself into a corner. The only exit at hand was to sell the rights to the drug to another company — for $140 million plus 20 percent of future sales and the potential for a $50 million payment. As a result of negative publicity, Marathon’s valuation has dropped significantly, and the company’s future is uncertain.

How big pharma became so big

Of all sectors in health care, the most profitable is pharmaceuticals. They now account for nearly as much cost as hospitals, and prices continue to rise at a rate two to three times faster than overall medical inflation. As a result, according to the U.S. Bureau of Labor Statistics, prices for U.S.-made pharmaceuticals have climbed over the past decade six times as fast as the cost of goods and services overall.

The pharmaceutical industry is generating large profits for both its shareholders and its CEOs. Increasingly, drug companies have figured out ways to bring to market a variety of drugs with minimal to no investment in clinical research, and almost no risk. To protect its high margins, the industry spends freely on direct-to-patient advertising, as well as on promotion to doctors and campaign contributions to elected officials. And despite growing recognition of the problem and the consequences to the cost of health care in the U.S. from excess drug costs, little has happened legislatively to curb these abuses.

The public is learning how these practices translate into extremely high salaries and perks for drug company CEOs. As an example, last year Mylan was lambasted for increasing the cost of its EpiPen product by 550 percent. The drug is epinephrine, a naturally occurring protein, and is therefore not able to be patented. But the injection device that the parent or child uses to administer the drug, even though it was developed by a NASA engineer decades ago, could be and was patent protected. As reported in a Wall Street Journal article, “Big Pay Day for Mylan Chairman,” the company’s chairman received $97 million for his efforts. His golden parachute also included stock and a $1.8 million annual retainer.

Can business as usual be nearing an end?

The Marathon and Mylan stories represent the types of abuses of the patent system that have become standard. The approaches employed by these two companies are similar to what dozens of other pharmaceutical firms have done — namely, use the current patent laws to drive up prices for their medications, all without having to invest major dollars in R&D.

What is new, however, is the realization that states with federal approval might be able to upend these egregious practices and bring about a solution. And if that can happen for government-sponsored programs like Medicaid, maybe legislation could be passed to allow this approach to be used more broadly on behalf of all patients, thus slowing this dangerous, runaway train.

The state of Louisiana as a potential bellwether

According to a Washington Post article, “Louisiana Seeks to Tap Century-Old Patent Law to Cut Hepatitis C Drug Prices,” the state currently faces $764 million in costs for new, direct-acting antiviral medications that treat hepatitis C. This infectious disease is a major public health hazard, and Louisiana has an obligation to provide the required treatment for its Medicaid recipients. The companies that manufacture the drugs to treat this medical problem, have figured out they can raise prices exorbitantly with relative impunity — in this case close to $100,000 for a three-month course of treatment per patient.

Louisiana has a big problem. The state’s entire health care budget, funded through its legislature, is only $3.6 billion. If it has to pay more than three-quarters of a billion dollars for this one drug, it would need to appropriate 20 percent more than today to provide the medication to a relatively small number of its citizens. And to do so, the dollars would have to come out of those currently being spent on schools, public services, and infrastructure programs.

As a result, Louisiana is considering invoking a law, passed in 1910, that allows federal regulators to appropriate the right to inventions and use products in the interest of the public good. This statute would apply to the treatment of hepatitis C, whose eradication would be a major health advance for the people of Louisiana and the economic health of the state. The federal government used this provision in the 1960s to good effect in order to procure 50 medications it needed during a time of war at a reasonable price. And the U.S. Army Corps of Engineers, among other government agencies, has applied this same provision as a means to serve the nation’s best interests.

For Louisiana to move forward on behalf of its Medicaid patients, it would require approval from the Secretary of the U.S. Department of Health and Human Services. Such approval would be highly significant as a warning to Big Pharma. It would counterbalance the monopolistic pricing afforded drug companies, and begin to put the needs of patients and public health first. As Peter Bach, director of health policy at Memorial Sloan Kettering Cancer Center, told the Washington Post, “This is exactly the moment and exactly the kind of scenario for doing so.” Extending this practice through new legislation could ultimately benefit the majority of people with private insurance in the country.

The role of government is to protect the health of all the people of the nation, and to act for the common good. It’s expected that the government will use its legislative power in pursuit of this end. Patent protection, on the other hand, is a privilege. It’s accorded companies like drug manufacturers to promote investment in R&D and to encourage the development of medications to treat life-threatening conditions. It was never meant to enable companies to raise prices with impunity for life-threatening conditions. If drug companies take the risks and allocate large R&D dollars, then it makes sense to let them earn a profit commensurate with their investments. But to permit them simply to buy the rights to well-established drugs and then use patent laws to protect themselves as they crank up prices 500 to 5,000 percent, that’s simply wrong.

If the pending Louisiana “purchase” prevails, it could restore the balance needed between the people of the state and the drug companies that manufacture these essential medications. Companies would still be entitled to earn reasonable and fair profits, and be rewarded for taking risks on expensive investments in R&D. But they would no longer be able to game the system, and as a result, make health care unaffordable for patients.

The American people should be rooting for the underdog — in this case, Louisiana and its citizens. Maybe if this approach works, it can be extended more broadly, and the excesses of the past 15 years can be brought to an end. Patients would be able to afford the medications they require, and the families of children with life-threatening allergies, muscular dystrophy and other major diseases would know they would be able to receive the essential medicines they need, now and in the future. It’s a small step toward addressing the current abuses, but at least it would represent progress. 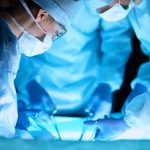 What does your husband think about you being a surgeon? 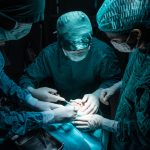