I pulled on my white coat and straightened my tie before walking into the patient room with my supervising physician, Dr. H. Our patient was a teenage boy with autism, and Dr. H let me take the lead. Towards the end of the visit I asked, as I always do, “Do you have any questions for me?” He had not made eye contact with me throughout the visit, which can be common for kids with autism, but now he turned his whole body into his mother who sat by his side and in a loud whisper said, “I’m worried he will be offended.” His mother held him lovingly as Dr. H, and I encouraged him to speak his mind.

Was it my name? My complexion? My beard? My mind was racing to figure out what about me made him think I could be a terrorist. His mother had mentioned that he had been watching a lot of news and would occasionally become very scared and ask her if terrorists might attack them. A terrorist on the popular TV show 24 has a name similar to mine; perhaps my name triggered those images for him? His mother reprimanded him and apologized. I told her no apology was necessary and quickly proceeded to the physical exam.

Shortly afterward, Dr. H called me into her office and said, “You’ll have to excuse him. He doesn’t have a filter like the rest of us.” Her attempt to console me filled me with dread. Does everyone I interact with secretly wonder if I am a terrorist? Perhaps it took a teenage boy with autism to directly ask the question that only lurked in the minds of others.

As a Muslim Libyan-American growing up in post-9-11 America, I am familiar with negative stereotypes about Muslims. Bullies in grade school and belligerent passersby have yelled, “Terrorist!” at me before, but this was different. His question was sincere, not intended to offend. I was not angered by his question, but I am deeply troubled by the environment that created it. It is very possible that his only exposure to people who look like me is through television and video games that portray Muslims as terrorists.

Donald Trump has empowered that portrayal of Muslims. His policies and rhetoric have emboldened those who cast Muslims as savages who would kill Americans if only they had the opportunity. He signed an executive order banning immigration from seven Muslim-majority countries, including Libya, the country my own parents immigrated from more than forty years ago. In one of his many tweets defending the ban, President Trump explained that immigrants from these countries were “potential terrorists.” It seems that “potential” runs deep. Even as a medical student donning a white coat, I could not escape being seen as a “potential terrorist.” Education and professional status are too weak — an armor to defend against bigotry.

I wish my experiences were unique, but they are not. Jim Crow segregation and Japanese-American internment camps are still fresh in our memory while mass incarceration devastates communities of color. Though Trump has put particular emphasis on anti-Latino and anti-Muslim bigotry, his hatred towards black people, Jews and women is equally evident.

I searched for a way to make sense of my experiences and found myself sitting with W.E.B. Du Bois. As a Harvard educated black American in 1903, he pointed to an unasked question that separated him from the white world. He wrote:

“Between me and the other world, there is ever an unasked question: unasked by some through feelings of delicacy; by others through the difficulty of rightly framing it. All, nevertheless, flutter around it.”

His words gave voice to something I have felt deeply all my life. He helped me better understand myself and my situation, preparing me for the difficult work ahead. Resisting the racist policies of the Trump Administration positions us in the tradition of courageous Americans like Malcolm X, Angela Davis, Dr. King and countless others. These giants defended American Democracy from the racist forces that dominated America’s past and continually reinvent themselves in our present. As we continue our resistance, we must connect with their legacy to enlighten our own.

Asaad Traina is a medical student. 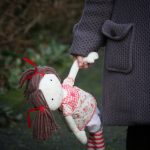 This Nurses Week: Ask your nurses if they are burned out 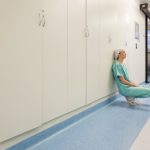 “Are you in ISIS?” my patient asked
20 comments