Physicians and patients are fighting a growing hypocrisy in American medicine. Examples abound, such as criticism that doctors are overprescribing antibiotics and contributing to resistance, while insurance companies simultaneously incentivize their members to use telemedicine programs or urgent cares instead of visiting their primary care physician.

My own insurance company, Cigna, recently sent me a letter notifying me that I will have a reduced co-pay if I use their telemedicine program or preferred urgent care vendor, as opposed to an outpatient in-network doctor visit.

And while this type of short-sighted care may save the insurance company a few bucks up-front, it can only lead to fragmented care including an increase in unnecessary antibiotics. After all, how does one examine the ears or auscultate the lungs virtually? Better call in an antibiotic, just to be “on the safe side.”

Another example of hypocrisy in American medicine is the mandate that physicians who have trained for 11-plus years maintain board certification, a costly and burdensome program, to receive hospital privileges while nurses become “Doctors of Nurse Practice” through 100 percent online programs and become credentialed for independent practice in many states. Why even bother going to medical school and incurring hundreds of thousands of dollars in debt when para-physician programs abound with far less requirements and regulations?

Even more hypocritical is the flawed concept that health insurance coverage equals health care. This is simply not true. I see it every day in my practice: patients have an insurance card, but when we search their company’s website for a specialist on their panel we find that there are no providers in their network in a 200-mile radius.

And this isn’t always for a lack of doctors wanting to be on the insurance panels. I have heard from several psychologists in my area that while they would like to accept patients with certain insurances, they are not able to get onto the insurance panel. They are told that the panel is “full” and that new providers aren’t needed, even while the waiting list for patients to be seen by doctors in-network is over a month long.

What about the hypocritical call from politicians to create a single-payer system? Well, we do have an example of a single-payer system in the United States — the VA, and unfortunately, it’s not working very well. At the Veteran’s Administration, there is a critical lack of health care providers that Senator Jon Tester attributed to “a bureaucratic nightmare” in recruiting and retaining physicians and other health care professionals. And despite a cash infusion of billions of dollars, the VA system is still in severe disrepair. So perhaps we had better clean up our VA system before we plan to sign up every American for the same government-paid treatment.

How about “Medicare for all?” Hillary Clinton said during the presidential debates that Medicare works “pretty well.” Except for the fact that physicians are leaving Medicare in droves thanks to the increase in regulation and red tape imposed on them by new and incomprehensible programs like MACRA and MIPS.

The bottom line is that it all boils down to the ultimate hypocrisy in American medicine: the lack of practicing physician leadership in government health care policies. This can be summed up by a quote from the Senate Minority Leader Chuck Schumer, who said that placing Dr. Tom Price, an orthopedic surgeon, in charge of the Department of Health and Services (HHS) was “akin to asking the fox to guard the henhouse.” Maybe Schumer meant this in terms of Price’s politics, but one must wonder why politicians seem to want anyone other than a physician leading health care policy.

For example, it has been nearly 25 years since a physician, Otis Bowen, who served under President George H. W. Bush, led the Department of HHS. Since then, HHS secretaries have included political science professor and future president of the University of Miami Donna Shalala, lawyer and former governor Tommy Thompson, former insurance company owner and politician Mike Leavitt, political lobbyist and former insurance commissioner Kathleen Sebelius, and most recently, political science graduate and former Walmart board executive Sylvia Burwell.

Looking at the directors of Center for Medicare and Medicaid Services (CMS) shows a similar pattern. Since its creation in 1965, only three of its 14 directors have been physicians. Other directors have included lawyers, hospital executives, economists, and various types of administrators without any medical degree or clinical experience.

We charge our government leaders with the task of creating and managing policies to improve the lives of Americans. In health care, these policies then become the responsibility of physicians in every part of the country to follow. Yet without personal insight and experience in the clinical practice of medicine, politicians cannot even begin to understand the daily challenges that occur in our current health care system.

And yet this is what happens. Think tank members and political advisors with more letters behind their name than the average doctor but no real medical experience are making up the rules, with little to no understanding of the repercussions of the very policies that they are creating.

I came to this realization when I attended the AAFP’s Congressional Conference in 2015 and listened to a physician comment to a panel of political advisors that complying with the government mandates of Meaningful Use was creating an undue burden on him and getting in the way of practicing medicine. “I don’t think the regulation gets in the way,” was the response from one of the panelists, before turning to the next physician waiting in line to ask a question.

I couldn’t believe my ears. A practicing physician is telling a policy-maker that their regulations are causing a problem in his ability to practice medicine, and the response is basically to say: “No, it’s not.” How do we even begin to fix our broken health care system when our politicians refuse to acknowledge the burden that physicians face?

I watched the doctor who had made this comment walk away from the microphone shaking his head. He will leave DC and go back to his practice in rural Tennessee, where he will try to work around the maelstrom of regulation and red tape to take care of his patients. Maybe he will come back to DC in the future and continue to try to influence health care politics for the better. Or maybe, like the 50 percent of practicing physicians today, he will quietly plot his exit from clinical practice, eventually leaving his patients without the care they so desperately need.

And that, my friends, is the hypocrisy of American medicine. 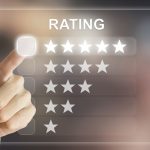 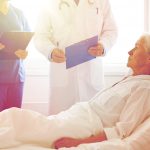 This is the hypocrisy of American health care
5 comments