Women surgeons all over the globe have been recreating the “Operating Theatre” cover of the New Yorker through the #NYerORCoverChallenge. The public recognition of women in what has been a male-dominated field has rallied female surgeons’ spirits everywhere.

Except, perhaps, mine. While I am fiercely proud of my surgical sisters, I also feel a twinge of sadness, because I know so many of the untold stories behind the surgical masks. Because I too am a female surgeon and understand the pressure of wearing a different I-am-expected-to-be-superwoman-so-that-is-what-I’ll-show-to-the-world mask. Only a few weeks ago I read the 2017 Medscape Lifestyle Report showing astronomical rates of female surgeon burnout. The discordance between the powerful image of female surgeons portrayed in these pictures and the apparent burnout behind the masks deserves mention.

Medscape’s 2017 Lifestyle Report reveals that burnout is higher among female physicians in general than male physicians (55 percent vs. 45 percent). However, when narrowed down to women in surgical specialties, the numbers are even higher: 59 percent of women in general surgery, 61 percent in obstetrics and gynecology, 70 percent in urology and 74 percent in plastic surgery. Those numbers are staggering. This means that the majority of my fellow female surgeons are reporting feeling “a loss of enthusiasm for work (emotional exhaustion), feelings of cynicism (depersonalization) and a low sense of personal accomplishment.”

Can it be true that we pose for empowering pictures and  are totally burned out at the same time?

As a result, I’ve a witnessed a woman surgeon operate at full term pregnancy until the moment her water broke intraoperatively. I’ve seen a woman surgeon perpetually survive on three hours of sleep and three Red Bulls a day just to see her kids and keep the household running. And then saw a woman surgeon eat, pump breast milk, text the nanny and dictate notes simultaneously because her schedule wouldn’t allow adequate break time. We wouldn’t applaud our patients for these kinds of lifestyle choices or their workplaces for being so unaccommodating, but we accept them as the norm for ourselves. We may even encourage them by praising the women who endure them, saying, “Wow, she’s a machine!” Wouldn’t, “That doesn’t sound healthy,” or “That seems really stressful,” be more appropriate?

I fear that in trying to continuously prove our toughness, we may keep burning ourselves out. Now that we have been seen, I hope we bring our voices together and start to be heard. And I hope that when we are heard, we tell the whole story: We have made it, and we may have sacrificed in special ways for it. We are equal in surgery, and we may have different challenges because we are women. We are strong, and we need help to fix our higher rates of burnout.

Simone Kantola is a plastic surgeon. 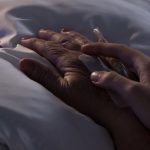 No, I'm not settling for family medicine 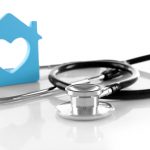