We are visiting the grandparents in New York City for spring break.   Spring has been sporadic thus far, more of a series of trailers rather than the feature presentation.   The overhead warming lights and warm air greets us as we escape from the cool evening into the grandparent’s glittery apartment building.  Although this specific location is not near Times Square, it has the gold leaf on the ceiling and lights angled just right to make you feel like a movie star or other famous person.  A dapper middle-aged man in a tuxedo with coattails takes our luggage, including the girls’ Disney Princess and Frozen suitcases, to my daughters’ delight.

“Mom, is this building really built by Trump?” asks my 9-year-old daughter irreverently (there’s a lot of modeling in our family).  “Yes honey,” I say, “he owns a lot of real estate.”  I hope that the conversation will end there. It’ doesn’t.  “Were a lot of people treated poorly and paid less to build this building?”  she probes.  Sigh. I pause as we stand in the decadent lobby to collect my thoughts, at the same time debating whether my time-honored method of rapid distraction when my children asked politically charged questions would cause attention deficit disorder.  My daughter jumps into my pregnant pause to continue sharing thoughts, “We should probably be even nicer to the people who work here now, Mom.  I know they are not the same people, but in a way they are.”

At that moment, almost at the end of 100 days which have made me doubt what I know about humanity, my own daughter offered me the silver lining.  She would not be intimidated.  No matter how many articles I read about how the president will set an example for our children and how I cheered internally as I agreed with authors who insisted that poor national leadership could poison our children, I did not stop to think that perhaps this election has empowered my child to think for herself.  She has learned to fight for what she perceives as social justice and realized that we do not have to “follow the leader’s example,” we can instead be empowered by bad behavior to be even more just, righteous, courageous, and fair.

The week after we returned from our New York City vacation, my daughter and I attended an interview with Ruby Sales, now 68 years old, at the Harvard Divinity School.  Ms. Sales was only 17 years old when in an era of segregation, her life was spared by Jonathan Daniels, a white Episcopalian seminarian from New Hampshire, when he stepped in front of a white man who pointed his gun at her and sacrificed his own life for hers. Her commentary years later as she reflected on her life as an activist resonated with students of all ages in the audience that day:

… when people say that racism is not an American value, I’m able to go back in time and show them that not only is it part of the American value system, but it is also part of our history. But … there are reasons for hope … we don’t have to give in to despair.

As I watched the discussion at the Divinity School and paid even more attention to my daughter as she immersed herself in Ms. Sales stories, I recalled that it was 20 years ago that I sat in a class at Harvard College led by child psychiatrist Robert Coles, with likely a similar countenance to my daughter’s, trying to understand, to find hope in his stories, and to find a foundation for that hope.  Dr. Coles would tell a rapt audience of undergraduates the story of another Ruby, six-year-old Ruby Bridges, who was threatened for wanting to go to school in segregated New Orleans in the 1960s.  When he interviewed the 6 year old, over several conversations and many months, the foundation for his “Moral Intelligence of Children” evolved.  In his discourse, he realized that we have long placed a premium on intellectual intelligence.  In the past decade, we have also emphasized emotional intelligence.  However, he noted, and I would agree, moral intelligence has not been given the same value.

“She once told me she felt sorry for those people who were trying to kill her,” Coles remarked as he recalled his surprise at her answers.  “I was applying standard psychology, trying to help her realize that she was maybe angry at these people … and she was telling me that she prayed for them. She was smart enough to understand, without taking courses in the social sciences, what happens to people.”

Robert Coles believed that children acquire moral intelligence by observing what people do, not what they say.  My daughter has now chosen to read March, a graphic novel trilogy about the history of civil rights in America.  Since inauguration day, she has been educating herself and building her own foundation for hope.

As we stood in that dazzling lobby a few weeks ago, our interaction revealed that as adults, we can reinvest in social justice by observing our children.  Yes, we have a long history of racism and civil rights violations.   But, our country also has a long history of young people leading us by exemplifying moral intelligence.  That will last far longer than 100 days.

Ami B. Bhatt is a cardiologist. 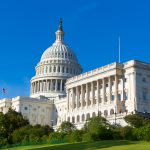 To help patients, doctors should consider going on strike 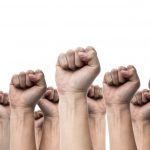 More by Ami B. Bhatt, MD