One thing about me that even my closest friends are unaware of is that I am a zombie fighter. Unlike the ones in video games, TV series, or movies, the zombies that I fight in my practice are prescriptions that won’t die. They are prescriptions for discontinued drugs or old medication doses. These “zombie prescriptions” are a patient safety threat that physicians face daily.

Zombie prescriptions have been lurking in our offices for years, but I’ve become more aware of them lately because of the way my practice manages prescription refills. To reduce administrative burdens on physicians, we have protocols for refilling chronic medications, such as antihypertensive and oral hypoglycemic drugs. If the electronic health record (EHR) confirms that the patient is on the drug and he or she is up to date with appointments and appropriate laboratory monitoring, our pharmacy team approves refill requests according to the protocol.

Anything that doesn’t conform to the protocol is referred to the physician. As a result, most of the refill requests that I see are requests for drugs that are not on the patient’s medication list or those where there is a dosage discrepancy. Most of these are zombie prescriptions.

The zombie prescription phenomenon was described in a 2012 Annals of Internal Medicine paper by Allen and Sequist. Using EHRs, they measured the number of prescriptions dispensed within 12 months of the medication being discontinued in the EHR. The study looked at commonly used “chronic” medications and did not capture all of the prescribing activity, but nonetheless it showed that 1.5 percent of the medications that were discontinued were subsequently dispensed, sometimes resulting in harm to patients.

My experience suggests that the 1.5 percent is an underestimate. In addition, the researchers did not look at another common type of zombie prescription, one where a medication was not discontinued but its dose was adjusted, yet the pharmacy continued to dispense the old dose.

While the authors used EHRs to expose the phenomenon, we shouldn’t blame zombie prescriptions on EHRs and electronic prescribing. Even in the paper prescription era, we did not explicitly notify pharmacies that we were discontinuing a medication. However, in the good old days, patients usually filled all of their prescriptions in one retail pharmacy, perhaps even a small community pharmacy where the pharmacist knew each customer. Today, patients may get medications at multiple pharmacies, especially if they have limited prescription coverage and must shop around for the best price. They may also use a mail-order pharmacy to save money (or are required to use one).

Fragmentation of pharmacy services among many pharmacies and pharmacists as well as multiple prescription databases and claims systems can bring back to life old prescriptions or medication doses, jeopardizing our patients’ safety.

Moreover, if patients opt-in for automatic refills, they will get their prescriptions filled without having to request them, even if their doctor stopped the medication or changed the dose.

Thanks to automatic refills, at a visit you can discard an old bottle of glyburide, a drug previously stopped, that you found in the brown bag of medications that the patient brought, but a week later another bottle of 90 pills will arrive at the patient’s home from the mail order pharmacy.

Catching and destroying zombie prescriptions is a seemingly endless task. I would prefer that those prescriptions not come back to life in the first place. As with many of the problems that we deal with in practice, this one doesn’t have a simple solution.

Encouraging patients to consolidate their prescriptions in one pharmacy would make it easier for the pharmacist to find zombie prescriptions, or even prevent them. If that isn’t possible because of cost pressures driving patients to use multiple pharmacies, then having all prescribing data in the cloud, available to all prescribers and pharmacies might help. This data must be easy to access, preferably interfacing with the EHR or pharmacy’s computer system.

Informing pharmacies that a medication was stopped should thwart zombie prescriptions, but expecting prescribers to contact pharmacies every time a medication is discontinued is an impractical solution. There is an electronic message type called Cancel (CANRX) in the electronic prescribing standard that is use to communicate between EHRs and pharmacies. However, many EHRs don’t implement it (mine included).

In the absence of an automated solution, I often add a message in the free text box when I send an electronic prescription for a new medication, indicating what was stopped or changed. Whether anyone reads these notes is not clear to me. My intent might also be subverted if I send the new prescription to a different pharmacy from the one where the discontinued medication prescription resides.

One of the biggest threats to zombie prescriptions is medication reconciliation. It needs to be done as frequently, carefully, and thoughtfully as possible. We should engage our patients by making them aware of the possibility that a zombie prescription may be lurking in their medicine cabinet and encourage them to be vigilant.

We must do everything that we can to avert a zombie prescription apocalypse. Please join me in this fight! 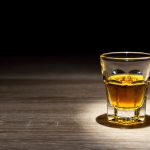 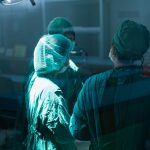