Welcome to planet medicine, where four rides around the sun earns you a golden ticket to study more, to train more, and to enjoy splicing two sacred letters onto the end of your title. The days are long, the weeks go fast, and sleep is optional. In this world, all-star draftees leave their immaculate collegiate careers as masters of memorization and intellectual puzzle solvers only to still be no more qualified to check a pulse than a two-year-old. Day one is the first and last day you will ever wear your pristine and spotless white cape — soon to be decorated with pen marks, coffee stains, and HIPAA-protected body fluids. It all begins as you shuffle down the dark and silent hallways into the medical abyss to embark on what seems like an endless journey. Correction. It is, in fact, endless.

After months and months of studying the geographical lay of the human body, you will impressively confirm it contains a heart, a brain, and occasionally a six-pack of kidney stones. You will go on to hunt for nerves, break nerves, memorize nerves, and nerves will get on your nerves. Once in the cranium, you will study the brainium. It’s no easy task to unravel the intricate and downright confusing array of synaptic fireworks that orchestrate life as we know it. The experience of the brain studying the brain is truly a great honor. Nowhere else in the solar system does this sort of conundrum occur — except in any introduction to neurology class, or in any twelve-year-old who has ever thought about what they were thinking about, or in 2010 when the film Inception was released. But besides these few scenarios, it will be entirely exclusive to you. Research shows it’s twice as amazing as a hospital operating without coffee. See no references at the end of this article.

On planet medicine, what was normal before is no longer normal now. The more drugs you can fit in between your ears, the more heroic you become. Instead of receiving a recommendation for rehab, you receive a high grade for pharmacology. Rather than exhibiting the usual side effects of a typical drug abuser, medical planet residents are often found talking to themselves, banging their heads on desks and other hard surfaces, and cycling viciously through labeled white index cards. At high doses, these individuals may even interrupt their procrastination sessions to actually study — very rare. Treatment for this includes lying horizontal for long periods at a time, which allows for the slow leak of knowledge out of the ears. If the individual prefers to remain vertical, bars will sell them mysterious liquids that promote head shaking and sideways walking — allowing for moderate ear leakage. This vertical method is known to have some adverse side effects.

Similarly, sports are completely different on planet medicine. As time passes, you increase your participation in full contact clinical skills. Day one you prove to have strong Wi-Fi contact; next you learn good eye contact, and finally, you partake in full contact. Unlike in other sports, where opposing teams are allowed comparable equipment and swagger, the rules here allow the provider various weapons while the patient is given a gown and insurance number. In most cases, neither team wears a helmet — except orthopedics, where you can’t tell the difference between an astronaut and a surgeon. Another point of difference is through the use of gloves. While other sports aim to catch things with their gloves, planet medicine sports attempt to avoid things with their gloves. Research suggests Chuck Norris is predominantly responsible for this evolutionary divergence.

At the end of four long decades (equivalent to four Earth years), you are finally ready to return to the world as you previously knew it. “No more studying” — not true. “No more long hours” — definitely not true. “And no more complaining about school” — true, residency is now your chief complaint.

So why do brave young souls hop on the inter-synaptic, intergalactic neuronal train that only stops at 911 Medical Avenue? It’s simple. Neurological, cognitive behavioral research concerned with alpha, gamma, and Alabama neurons shows that subsets of the human population that are geared toward altruistic maintenance of the human condition would markedly attenuate their self-actualization by pursuing any other vocational endeavor. Although none of this is necessarily proven or true, it’s as clear as cataracts.

The reason someone gets off the train at planet medicine and chooses to ride the solar cycle four times, to complete the cell cycle one trillion times, and to never understand the Krebs cycle even one time is different for each person. The opportunity to avoid a real job for four more years might be the seller, the chance to be part of the world of medicine may seem stellar, or the ability to heal others could be the propeller. But in all cases across the spectrum, the individual has sensed a significant calling to serve others (p-value: <0.0001). This person isn’t afraid of trauma, disease, or the uncertainty of what may come through the doors. He or she is driven by passion, curiosity, and caffeine.

Bevan Johnson is a medical student.  This article originally appeared in the Synapse.

Larry Nassar and physician misconduct: No more code of silence 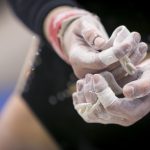 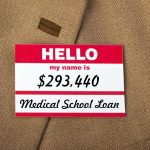