A 44-year-old woman is evaluated for a 2-month history of a painless right neck mass. Medical history is unremarkable, and she takes no medications. She is a lifelong nonsmoker.

On physical examination, vital signs are normal. A 5-cm right anterior neck mass is palpated. The remainder of the examination is unremarkable.

Which of the following studies should be performed next?

The correct answer is B: Human papillomavirus immunohistochemistry testing.

The most appropriate study to perform next in this patient is p16 immunohistochemistry testing. Although most squamous cell carcinomas of the head and neck were previously thought to be related primarily to tobacco and alcohol exposure, very recently, the important causative role played by human papillomavirus (HPV) has been widely recognized. HPV infection has definitively been associated with squamous cell carcinoma of the cervix for some time, and currently, it is estimated that most oropharyngeal cancers in North America and Europe are also linked to this infection. Evidence of underlying HPV infection is identified by testing for p16, which is a viral protein found in cancers that arise as a result of HPV infection. Although identifying evidence of HPV infection does not yet influence treatment decision-making, it does provide very important information regarding prognosis. The cure rate for locally advanced cancers that are linked with HPV is markedly higher than for those not linked with this virus. Because of this difference, testing for HPV is now a widely accepted intervention for any patient diagnosed with squamous cell carcinoma of the head and neck, particularly for patients with an oropharyngeal primary tumor.

A bone scan has no role in the management of this patient, as PET/CT scans have already been done. In addition, she has no indications for underlying bone metastasis based on her history.

MRI of the brain is not indicated because occult central nervous system metastases are very rare in patients with head and neck cancer, and this patient has no clinical indication of underlying brain metastasis. 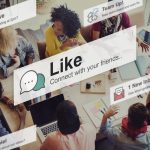 Your physician is the everyday champion 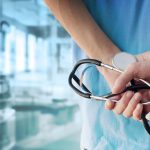