My mind usually starts to wander around the third or fourth hour of retracting a fat flap or holding up a leg during a long operation. I start by guessing how many times the attending has done this particular procedure. Is it his hundredth time doing it? If he was one of the older attendings, perhaps it was his thousandth one.

As a neophyte in the operating room, I still relish the chance to scrub in on a case. There’s still a rush of adrenaline when the resident announces,“Incision!” to anesthesia, marking the start of long marathon.

Usually the chief resident starts, but it’s the attending who leads the charge as we dive deeper into more dangerous territory. His hand moves swiftly with purpose and cuts with precision, cutting no more than he needs and never wasting a move. The surgeon knows where to cut and, more importantly, where not to cut. Like a chess master, he thinks three moves ahead, ordering the scrub nurse to ready his instruments that would be used only a few minutes later. Bleeding vessels are quickly coagulated, tissue planes materialize out of the chaos of flesh and blood. And before long, the offending pathology is identified and excised. If not for the surgical mask, everyone would see my mouth open with amazement. And then, the surgery is over, and the drapes are down.

The reward for the medical student for having the stamina to finish such a long surgery is the opportunity to close the incision. Suturing is a basic skill needed for any operation and mine is still raw — and though I’m nearing two months on my surgery rotation, I still feel nervous when wielding any surgical instrument. My hand trembles as I drive the needle into the fascia, watching it disappear into the flesh and hoping the tip will appear where it should on the other side. The goal isn’t only to close the wound — it’s also to leave as little evidence of a surgical scar as possible, to make the patient believe as if the operation never happened.

The first time I sutured, the scrub nurse let out an audible sigh and quipped, “When he’s done, the wound will have already healed.” It was already dinner time and everyone, the anesthesia team included, wanted to extubate the patient and go home to their families. Luckily, the chief resident is a student’s ally and guides him along: don’t put too much tension into the sutures, grab the skin softly with your forceps, place your elbows at your side to steady your hands. As a student, I tuck these teaching points into my mind and slowly work my way down the incision while the room waits for me to finish. And if all goes well, the edges of the skin will come together effortlessly, forever locked in a tender kiss.

I savor these moments in the operation room: They provide the perfect opportunity to learn as I’m standing directly in the surgical field. And it’s during these precious few minutes during which my skills markedly progress, and I can groom my technique.

Eventually, with more experience, my hands will steady themselves, and muscle memory will take over. But experience can be a double-edged sword. It makes you better surgeon, but it dulls that initial wonderment that drew you to surgery in the first place. Repetition leads to improvement, which turns intrigue into the routine. But until then, I’ll take it one stitch at a time. 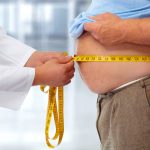 Please stop asking about my wife 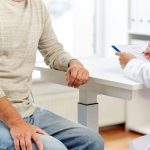 Learning surgery one stitch at a time
1 comments