I was sitting on hold in the resident room gearing up to beg the IT person that would soon come on the other line for enough authorization to be able to view the residents’ patient problem list, and I found myself thinking about what some of the old docs must think of us third-year students now. Talk to some of these older physicians and they’ll tell you their stories of being in the trenches as a third year medical student, up all night, putting in orders, first-assisting on surgeries, and catching babies (with a lot of help from nurses who had been through thousands of delivers) when their attendings weren’t around.

The third year of medical school, after all, is where they take the training wheels off. Where the knowledge from the untold hours we’ve spent pouring over our textbooks is supposed to meet real patients, where the realization that in a short time, we will be responsible for people’s lives. And this terrifies me. The fact that in just over a year, a nurse is going to barge into the resident room and instead of the look of disappointment that I currently see when he or she sees only a medical student, the nurse is going to expect me to do something.

And as I look around for someone to tell the nurse what to do, the realization that that person is me is one of the few things that motivates me after a 12 hour day to sit down and read more about just what the hell I’m supposed to do in that situation. What terrifies me isn’t mountains of the material I’m supposed to have memorized (somehow just about everyone seems manage to do it), it’s that my opportunities to put this material into practice  — to learn from my mistakes, and figure out if it’s my knowledge or reasoning that is lacking  — have been worrisomely slim.

Since I’ve been told over and over, “The first thing you do as an intern is see the patient and call your upper level because interns know nothing,” I imagine third year medical students know less than nothing, but over this past year this appears to me to be more by design than by accident. My third year has been filled with constant reminders that my job is to observe more than to participate. Some of the following examples will sound silly, but I’ve found that when someone asks you to do something simple, and you come up empty, they’re not going to give you the chance to do something complex.

On my medicine rotation, my ID badge didn’t open certain wings of the hospital, or the resident room, which wouldn’t be a problem except that’s where we started post-call rounds and where our residents would go to do their work. On my surgery rotation, despite lots of pleasant conversations with IT, I did not have authorization to print a list of patients, or God forbid, enter any sort of note. Yes, many students get around this by having a resident log in and entering information under the resident’s name, but this is my point: There has been an infantilization of third-year medical students. We have swung so far from the (admittedly misplaced) self-sufficiency of previous generations of third years that we are reliant on residents for the simplest of things, taking time away from their day, moving us from participants to bystanders.

When I talk to my brother-in-law who graduated medical school in 1990, he was ribbing me with that “back in my day” sort of tone, that “it sure doesn’t sound like you spend a lot of time in the hospital.” And it’s true, we don’t spend nearly as much time in the hospital as upper-level medical students of years past. Though to be fair, his grades did not consist of every student getting 7–8/10 on their evals leaving the NBME shelf as the only real thing of consequence.

I am not advocating a return to the Wild West “glory days,” where fresh-faced, brash third years were (according to some of the older doctors) running the show; I’m advocating that medical students be allowed to dress for the job they want (or will be getting after they graduate even if they don’t want it), not the job they have. In short, order, prepared or not, we will have an MD after our names and we will get a 3 a.m. phone call. I for one would welcome a medical education system that reflected that reality.

My complaints are easy to dismiss as just more whining of a med student, but they come from a place of frustration with no outlet that I can see for change. The AAMC, NBME, and ACGME seem to me to be black boxes that produce requirements that I am made to follow. If there are any suggestions on getting involved and learning more/changing these policies, I’m all for it.

P.S. After submitting a ticket, Epic staff at the hospital called me back the next day to inform me that medical students do not have access privileges to view or edit resident comments. So much for updating the list.

Why this medical student joined the National Health Service Corps 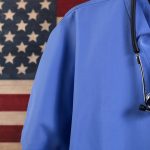 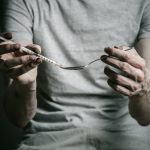 The infantilization of medical students
2 comments