What can I tell you? It started out innocently. College exams were over. And that meant one thing — party time! Bubbly, shots, beer, cocaine and Percocet. Everyone was happy. It was a celebration.

Pam came from a pretty strict religious family: no alcohol, no premarital sex and no crazy music in her house growing up. It was church every Wednesday and Sunday. And if you missed a Sunday, you were destined to hell.

So when Pam graduated from high school with top honors, she was set free and off to college. While there, she learned a lot about different cultures, different religions and different languages. She learned that not everyone was white, Christian and middle-class. This was a whole new world to her. And she loved it.

After several parties she learned some non-academic things one learns about in college. With her discovery of alcohol, pills and cocaine — she was ready to conquer anything. She had her wings and was ready to fly. And fly she did. Even with the partying through four years of college, she walked across the graduation dais with a diploma in her hand.

Then she found an amazing job in Manhattan far away from her provincial life. New York City: Bright lights, big promises and John.

Boy, did they have fun. There was dance, dinner and drugs … and even more drugs.

The fun went on for months, and then John proposed. Together they shared a taste for adventure, travel, exotic food, music and sex …

Eventually, they had a baby boy with blue eyes and blonde hair just like John. Pam’s family was complete, and Baby Jack was the apple of here eye. He was perfect in every way — except for his colic which made him cry and cry as Pam would rock him and rub his back. But what really calmed this baby down was warm baths — he loved them!

One day, John came home early. And he had a surprise for Pam. Although it was inexpensive, only around 80 bucks, it was precisely what the couple needed — a new high. The gift was black tar heroin and gave them the hit they were looking for after oxy and coke lost their lustre.

John tied his belt around Pam’s upper arm. The syringe was full, and he interested the needle into her vein and pushed. The rush was on. Pink clouds danced along side of puppies, kitties, unicorns and cotton candy. And life became painless.

Pam’s memories of her mother screaming, “Come home, you don’t know what you’re doing! You’re damned to hell,” her father’s rejection of her, the taunts, the damnation, the screams were all gone.

Pam was comfortably numb and free. It was pure euphoria.

Her head flopped down as she fell into the abyss.

She couldn’t wait to have more, she was rapacious and desperate for that feeling. But she knew she couldn’t keep doing this. Pam stopped eating and taking care of herself. Jack ran around in dirty diapers, and John came home later and later — Pam’s life was spinning out of control.

In a lucid moment, Pam knew she had to stop. Heroin took over her mind and body. So, she stopped using — cold turkey. She told herself that she could do it without help. 18 hours later, without the drug in her body, she started to sweat profusely, her body shook, her muscles ached, her legs were restless and the stomach cramps and vomiting were excruciating.

Pam needed to fix this — to fix everything.

She knew she could calm Jack with a warm bath. So she put him in his baby seat, placed him in the bathtub, poured in bubbles, and turned the faucet on as she sat on the toilet seat and tightened up her belt. She injected deep into her vein and watched the bubbles rise … those beautiful bubbles.

John was out of town. He tried calling multiple times, and Pam wouldn’t answer.

When the police arrived, the door was locked, and they tore it down.

After two weeks, Pam roused but didn’t know where she was. She was in a strange bed in a strange place with a voice hoarse from an endotracheal tube.

She squeezed my hand and asked where she was.

I told her she was in the intensive care unit.

She didn’t remember a thing. 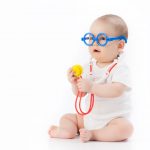 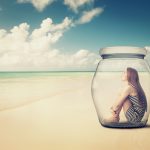