Election Day 2016 should have been Christmas morning for Republicans. Long awaited control of the White House and both houses of Congress. A chance to deliver on an every two-year election cycle promise to repeal and replace Obamacare. In 2010 Republicans needed the House. They got it. In 2014, it was the Senate. Delivered. But we still need the White House they said. Asked and answered with President Donald Trump.

So, what happened a few weeks ago when the House bill fizzled like a North Korean missile launch? Disparate factions within the House couldn’t unify behind Speaker Paul Ryan’s plan, despite pressure from the White House. For some, it wasn’t a repeal, only a rearranging of the deck chairs on the sinking Obamacare ship. Others in the GOP were happy with the status quo, preferring to rail against Obamacare in campaign speeches rather delivering on empty campaign promises. Still others, #NeverTrumpers, knowing that President Trump was behind the House bill, preferred to see the bill, and Trump, fail.

Kudos to the Democrats. When they ran the show in 2008, they herded their cats and passed Obamacare. No Statist Caucus on one side or a Tuesday (or Thursday or Friday) group on the other side, each wanting their own version of health care reform.

The GOP will likely regroup and take another bite of the apple. What the final product will look like is anyone’s guess. Will it get through the Senate? Can it be passed via reconciliation or will the filibuster have to be nuked?

First, the GOP must answer a fundamental question. Is health care a right or a privilege? I don’t mean a discussion at a think tank or in a university classroom. But here and now in the United States based on what we as a country want. A recent Pew Research Center poll shows 60 percent of Americans favor universal coverage, meaning health care as a right.

Free market conservatives want the government out of health care. Certainly the federal government. Turn it over to the states via the Tenth Amendment or leave it to the market, like purchasing and insuring a home.

If health care is a privilege, not a right, what about the 10-year-old with leukemia whose family can’t afford six-figure cancer care? Or the working diabetic needing a $2,000 per dose drug injected into each eye once a month so that he can maintain his vision, work, drive and support his family? How about the 20-year-old who fractured her leg on the ski slopes but doesn’t have insurance, savings or family support to pay the medical bill?

On the other hand, if health care is a right, an entitlement, then how much is enough? How much health care can society, meaning taxpayers, be expected to fund? What medicines and treatments are covered? What’s the free meal? Meatloaf and mashed potatoes or filet mignon and lobster? With a limited supply and unlimited demand, some form of rationing will be necessary.

Until these two competing concepts are reconciled, health care reform goes nowhere, just a patchwork attempting to satisfy both sides of the argument, but in the end satisfying neither.

Most developed countries have parallel public and private health care systems. A public option covering everyone, with minimal or no out-of-pocket expense to patients, but with long wait times for care and limited treatment options. And a private option allowing individuals to purchase the health care or insurance they want and need, paying for it themselves, without subsidies, tax breaks or any government assistance. One option a right, the other a privilege.

For an analogy, think of K-12 schools. A public option available without cost to students. For most, a good and more than adequate education. And a free-market private school option for those who desire and have the means. Shop around, pay as much as you want, or default to the public option.

Each system has its pros and cons, but they are separate and distinct. Instead, we are trying to combine both into a single scheme — Obamacare, Ryancare or whatever finally emerges from Congress. We get the worst of both systems — bureaucracy and high cost. And the best of neither — no universal coverage and limited freedom of choice.

Wouldn’t it make more sense to simply create the two-system approach here in the U.S.? Then my question wouldn’t need answering. The public system would be the “right” and the private system would be the “privilege.” This difficult to answer question, which legislators won’t touch with a ten-foot pole, can be easily answered by choosing “both.” 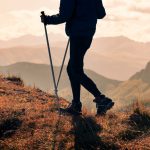 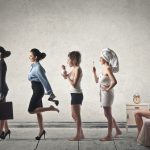 Is health care a right or a privilege? Why can’t the answer be both?
16 comments