So it’s a Wednesday night, and I just got home after completing a shift. I’m beat. My beautiful sofa beckons to me, and my TV seduces me with brainless images and sound. I succumb to the temptation. I turn on Netflix. Too many movies, too many decisions. Screw this; I didn’t just finish up a shift to have to sit and make more decisions. I go to the suggested for me section of Netflix and up pops “End of Watch.” I shrug my shoulders. What the hell. Isn’t Donnie Darko in this movie? So I click play on my Apple TV remote, and the movie starts.

The movie is what I expected. I am not doing much thinking just letting images enter my brain-dead mind. Then all of a sudden, I take notice: a group of gangsters start mounting up. They are clicking guns, cocking them and loading up in a van. The feel of the scene is nauseatingly dark. The next scene shows them rolling up on a backyard party, shoot up the place in a drive by and drive off. A guy is shot in the leg. I sit and stare at the TV. It doesn’t really register.

I see gunshot wounds (“GSW”) all the time. But being so removed from the action in the ED and not in the field has in a way desensitized me. This scene brings me back to reality. That depiction of the drive by was messed up and terrifying. The fact that people in real life are out there shooting people in a similar fashion is nuts.

I begin reflecting on my shift earlier that day. It was a busy shift. I was running around seeing a bunch of patients when I heard that a trauma was activated. It was a GSW to the distal right leg.

From the start, we are taught to take all GSWs seriously. The act of someone getting shot is crazy … right? The protocol is clear. Roll the patient and look all over. Don’t miss anything. Check the armpits, the gluteal crease, and any possible crevice. Be diligent, make sure you don’t miss a puncture wound anywhere.

Working at a county trauma center, this intensive process eventually becomes routine. “Oh, another gunshot wound. Where is it? Extremity … weak. Send the junior resident. I’ll stand by.”

How could something like a GSW become so routine? What kind of place do I work at that GSWs happen so often that it is “no biggy.”

The ED norm in which we live is so extreme and vastly different from most everyone else. The question, “Hi, honey! How was your day?” Gets a different answer in everyone else’s houses. I guess it’s a good thing that most people would not respond with, “It was a pretty chill day, just had a couple of extremity GSWs to deal with.”

I am back at the hospital for my next shift, and I talked with a nurse named Allison. She’s a seasoned veteran and has seen it all. We often throw down traumas together, and at this point, it seems like nothing really phases her. I tell her how I saw the movie and how fucked up that scene was. She shrugs her shoulders and smiles. She gives me a pat on the back and tells me to pick up three more charts. 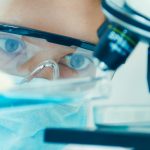 What do you do when you know someone is going to die? 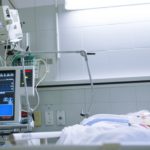