One of the popular critiques of the American health care system is that it is high-volume, low-quality, and that this is a direct result of the traditional fee-for-service approach to paying doctors for medical care. In the past, doctors and hospitals have been paid much the same way that we pay for other goods and services. When they provide a service, such as an appointment or a procedure, they are paid for the work they performed. In other industries, this is viewed favorably. The more, the merrier. In health care, however, because we are spending too much as individuals and as a nation, it is the opposite. We are looking for ways to reduce health care spending. A purely fee-for-service health care payment system may encourage more spending, but also, includes no incentive to provide higher-quality care. It rewards volume, but ignores quality. Seems to make sense, right?

But crafty government bureaucrats believe they have figured out a way to reverse the situation. They have developed a new payment approach referred to as “value-based pay.” In this new value-based payment system, which is beginning this year (but doesn’t affect doctor’s payments until 2019), the government will rate doctors based on their performance on quality metrics as well as how much a doctor’s patients cost the system. The system also requires that doctors use computerized electronic health records according to government standards and that they perform a number of quality-improvement projects every year. Physicians whose ratings are in the top fifty percent will receive an increase in their rate of pay, and those in the lower fifty percent will receive a penalty. Again, seems to make sense, right? Physicians will be paid for higher quality and lower cost. Everybody should be happy.

I hate to be a kill-joy, but there just may be some problems with this approach when it comes up against the reality of the busted American health care system. In the minds of bureaucrats, I’m sure it makes all the sense in the world. Down in the trenches, where not a whole lot makes sense anymore, not so much.

This is reality. The government is going to be rating my performance on such measures as the hemoglobin A1c, the test most often used to gauge how a diabetic patient is doing. I take care of a great many patients with diabetes. I consider it one of my specialties. I monitor my patients’ hemoglobin A1c levels religiously and make every attempt to keep it under control. Of course, many diabetics require insulin to control their glucose levels. Lately, patients are complaining that their insulin has become too expensive. These patients tend to be older (they have type 2 diabetes), and most are covered under Medicare D prescription plans. Still, they are being forced to pay hundreds of dollars per month for their insulin. More and more, my staff and I are scrambling to try and figure out how to get patients their insulin. But there are limited choices. Some patients may have to go without.

Diabetic patients are also telling me that the cost of their glucose testing supplies are going up, and are getting to a point where patients are limiting, or even avoiding testing their blood glucose levels.

As many people are aware, our government chooses, for various bad reasons, not to negotiate lower prices with pharmaceutical companies. Most other countries control the costs of their patients’ medications by doing so.
It goes without saying that taking care of these patients is becoming extremely challenging under such conditions. I’ll throw in that most of my patients do not have a lot of money. Maybe things are different for physicians who practice in more affluent areas.

Now, on top of all that, I most assuredly can’t completely control how my patients eat or whether they can or will exercise. I do my best to encourage them.

Let’s look at “value-based pay” now, knowing the reality of what is going on. On one hand, the government will penalize me if my quality metrics do not stack up. But on the other hand, by not effectively controlling my patients’ prescription costs, the government is limiting my ability to provide quality care. With the cost of my care also being a factor, I am not-so-subtly being encouraged to withhold more expensive care, as well. If the cost of insulin and diabetic testing supplies are going so high, maybe my rating (and my resultant pay) would be better if I didn’t prescribe such things. I’m in a bit of a quandary, aren’t I?

Maybe the best thing under such circumstances is to try and avoid taking care of patients who have diabetes or who are lower income. But that kind of runs counter to all of the reasons that I went into medicine, and all the values that my staff and I hold dear. But it is a logical conclusion under these often illogical circumstances.

The answer is that what would help the American health care system more than anything would be for all patients to have reasonable limits on their out-of-pocket expenses and guaranteed coverage for all reasonable care. Until they do, attempts to bring “value” to the system will continue to fail.

Life coaching for physicians is an underused physician burnout tool 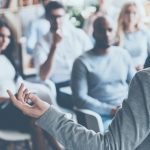 Is health care rationing our only hope? 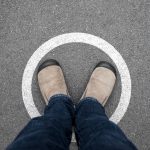 Value-based pay is doomed to fail. Here’s why.
59 comments