Quality metrics and pay-for-performance have now been in existence long enough to start accumulating some efficacy data.  And the picture does not look good.  Paying doctors to improve their quality metrics does not, in general, improve those quality metrics.  Like all good scientists, we can now either question the data, or discard the hypothesis.

Most payors and administrators appear to be reacting to the lack of efficacy data on pay-for-performance by questioning the data.  I certainly do not see any sign of a lessening of the fervor of belief in these quality metrics, or the promotion of their use to guide physician payment.  Instead, I hear excuses like, “we haven’t put enough money at risk,” or “we just need to do a better job with measurement, so it is more transparent to providers.”

But what really was the hypothesis with pay for performance?  Did the medical community have a hypothesis when we embarked on this experiment?  Were we asking how to improve the quality of patient care, or rather could we incentivize professionals to change their behavior for more money?

Let’s look at a typical pay for performance plan in a medical group: 15 percent of physician compensation is “at-risk” under the plan, the rest is productivity from wRVUs.  The at-risk amount is subdivided into three equal quantities based on performance: percentage of diabetics with A1C<9%, percentage of patient visits where medication reconciliation was performed, and percentage of visits where tobacco cessation was discussed.  What noble goals these are!  Surely all doctors should be performing these basic tasks with their patients and thereby earning the last 15 percent of their salaries.

The rationale behind paying for improvement is that physicians are economic actors.  They are economic creatures who obey the fundamental rules of rational economic behavior.  We maximize personal gain based upon our own personal goals and predilections.  This behavior is why free-market capitalism, eBay, and Amazon all work well.  Under this theory, as a doctor, I would rationally calculate what the 15 percent of my salary is worth compared to the pain of complying with the measures.  As a primary care physician, if I make $180,000 per year, then each measure is worth $9,000 over a year.  Fortunately, I am a smart doctor, and I realize that I have 4,000 patient encounters per year, so for each one, I could earn $2.25 by doing what is required.

In essence, we are asking, “Doctor, can I pay you $2.25 to have a conversation and click a box?”  You see why administrators think there needs to be more money at stake!  While sitting in the room with my patient, the pay for performance incentive is laughable.  At the end of the month it may add up to something, but at that point, we can only gnash our teeth and grumble about Medicare and administrators.

So what if we increased “at-risk” pay to 50 percent under these three quality measures?  That ought to be enough to coax us to improve!  And likely it would be, since everyone wants to get paid.  You can be absolutely sure that there exists an amount that would ensure 100 percent compliance with those three measures.  But what sort of doctors would you then have?  What sort of care would you then get?  As a patient, knowing my doctor was paid in this crude manner would be horrifying.  Can you imagine the patient-physician relationship, and what the visit would consist of?  I want my personal doctor to do more than check a few boxes in my chart.

We are stuck with an impossible dilemma with quality measures.  We can make them small and simply an annoyance, or we can increase them to the point they intrude on physician consciousness, thereby ensuring compliance, but also robotic care. The dilemma highlights the absurdity of the assumptions behind medical pay for performance.  Physicians are not economic actors maximizing their profits.  Yes, many doctors like to get paid well, and will even switch jobs for a better income.  But that does not translate into the reason why they are physicians.  If I were a clever fellow and wanted to maximize my income these days, I would not go into medicine at all!

I predict using quality measures as a tool for pay-for-performance will fail in the goal of improving patient care.  Or worse, it will succeed because we lack the imagination to create something better, and we will destroy the master clinicians and replace them all with “clerks,” who can be incentivized to click boxes for money.  Instead, I want to start talking about what does make “master clinicians,” and how we can cultivate that.  I want to start the dialogue with doctors about high performance, because that is why young men and women go into medicine.  They want to be high performers in the face of others’ suffering and illness!  Doctors yearn to provide quality care; they do not need to be incentivized.  Our broken medical system should instead incentivize the creation of pathways, so quality care is possible.

Instead of penalizing providers with metrics, we should invest in coaching to help providers rediscover their inner passion for quality.  Instead of creating “clicks” for quality, we need to invest in ways of removing the “screen” between doctors and patients to allow for genuine interaction; that is real quality. 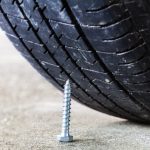 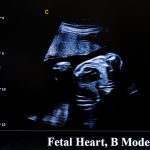 What was the hypothesis with pay-for-performance?
3 comments