A few weeks ago, I found myself in the midst of car trouble. A low tire pressure light illuminated my dashboard, and despite my best effort to replenish the air, I had to concede that my front tire was punctured and that I needed to make an emergency visit to an auto shop. As it always seems to go with any car check-up, the mechanics discovered multiple co-morbidities; a nail was firmly lodged in the tire, my brake pads were thin and frail, and the battery was at its near end. I spent the next week in and out of three different branches of the same auto service center, seeking appointments wherever they were available. As I navigated the electronic system detailing the status of my car, I was utterly shocked by the parallels to the U.S. health system and its disparate EHRs.

Though the three auto service locations were part of the same national chain, they each had an electronic record that did not “talk” to its counterparts. My car’s record was inaccessible to each new location I visited, and thus I was forced to stumble through the car’s jargon-filled history guided by a confusing printout I received after the previous inspection. My inability to provide a full and detailed account of previous auto visits resulted in repeated tests and consequently longer, more expensive appointments. Frustrated and perplexed by the incongruity of the situation, I laughed recognizing my similar experiences working in the health care industry.

The lack of interoperability of electronic health records interferes with patient care daily, as labs are repeated, med lists are tweaked without reconciliation, and both patients and providers are left without full understanding of the medical history. Inefficiencies, expenditures, and unnecessary utilization abound in medical practice, and all too often these problems are mitigated by proper communication, data sharing, and record keeping.

Though my car was eventually restored to its baseline health, I left my week of car trouble puzzled by the record keeping model of the automotive service industry. Frustrated by the similar lack of communication and compatibility within electronic health records, I thought perhaps we could stand to rethink how we record our care for sick cars and sick people.

The secret horrors of sleep-deprived doctors 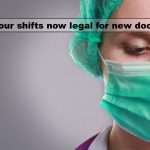 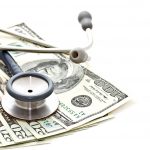