One of the things that I dread the most about January 1 is that it’s the start of “prior authorization (PA) season” for prescription medications. It is time consuming and frustrating, plus it often jeopardizes patient safety and quality of care.

A recent Viewpoint in the Journal of the American Medical Association (JAMA) describes PA programs, including “step therapy,” the requirement that patients try and fail a specific number of preferred drugs before a more expensive covered drug or a non-formulary drug will be approved. The article also identifies some of the problems with these requirements and proposes solutions.

I don’t object to prescribing a preferred formulary drug when an appropriate choice is available, and use generic drugs whenever possible. It saves the patient money and reduces the overall cost of care. Moreover, prescribing a medication that a patient can afford increases the odds that they will take it.

When preferred formulary drugs are ineffective or poorly tolerated, there needs to be an explicit, fair, and hassle-free pathway to get the patient on a treatment that works. The American College of Physicians (ACP) has extensive policy on drug formularies and states that “formularies should be constructed so that physicians have the option of prescribing drugs that are not on the formulary (based on objective data to support a justifiable, medically indicated cause) without cumbersome prior authorization requirements.”

Perhaps “cumbersome” is in the eye of the beholder. Many insurers say that if drugs A and B don’t work, they will cover C, but some make it harder to get there than others. None of this can be handled directly from my practice’s EHR. Instead, my staff spends a lot of time requesting faxed exception forms that are filled out by hand, or going to a website to enter the required information. Fortunately, my practice has trained other members of the team to do most of this work, instead of it having it done by the physician.

What I object to the most is what happens when an insurer changes its formulary/preferred drug list or pharmacy benefit manager (PBM), or when a patient’s insurer is changed, usually by the employer without the employee’s input. This usually happens on a calendar year cycle.

In most cases, it is as if all the earlier PA approvals never happened, not only making things more cumbersome, but putting patients in danger. I’ll give a few of the more outrageous examples, but I’m sure readers could add many of their own.

First, I’ll return to my patient on drug C. With a change in PBM, the patient is notified that C will no longer be covered because it is not on the PBM’s preferred drug list and that they should contact the prescriber for an alternative. If the “alternatives” are drugs A and B, I should be able to request that the PBM cover drug C, explain why and that should settle things. Not so, unfortunately.

Instead, the PBM sends a form requesting the names of drugs already tried, dates prescribed, and why the drug was discontinued. Even if that information is easily retrievable from the EHR (and it isn’t always, since some of the prescriptions originated outside my practice), why should we repeat what was done last year or earlier? Additionally, if I’m attesting to something by putting my signature on a form, why isn’t that enough?

Less often, PBM’s want the patient to try drug A and/or B again before C will be approved. In other words, despite having information about the earlier failures, they want the patient to try and fail a treatment again in order to cover one that works. That is inhumane, in my view, and I’ve refused to do it. A sternly worded letter that spells out the potential consequences of what the PBM is demanding is often effective in getting the requested drug approved.

A more common, and just as shameful, practice is forcing patients to switch from one drug delivery system or class to another because of a formulary change. This is not like changing from one ACE inhibitor to another. I’m referring to denying coverage of an aerosolized COPD medication and covering a powder form instead, or changing a patient’s insulin.

While one inhaled medication may compare well to another in clinical trials, in real life, there are patients who can handle any delivery system and others who can’t use a powder or can’t manage a metered dose inhaler. While the PBM is technically staying within the therapeutic class, the change in delivery system is disruptive for many patients, who after all, are taking the medications so that they can breathe comfortably.

Insulin switches are even more concerning. It’s ironic that while insurers are measuring us on how well we manage our patients with diabetes, they’re also making it more difficult for us to manage those patients. Insulin therapy is more complicated than it was 30 years ago. Switching from one form to another is not easy, because the different insulins have varying actions, but more importantly, patients work hard to get their diabetes controlled, and having to readjust treatment because one recombinant insulin just got more expensive than another is unsettling.

Finally, if that’s not cruel enough, there’s a good chance that next year, the formulary will change again, the medications will be switched back to the old ones, and we’ll have to repeat the process.

Perhaps the “start date” for this should be moved to February 2. 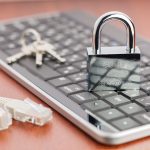 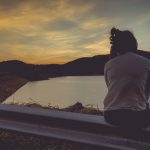 The pitfalls of prior authorization for prescription drugs
7 comments