After writing my 21st post about appendicitis back in November, I swore I would not write about it again for the foreseeable future.

Well, the future is now because investigators from the United Kingdom and Canada just published a meta-analysis including ten papers and 413 children about the efficacy and safety of nonoperative treatment for appendicitis in children.

They concluded that nonoperative management is effective in 96 percent of children with acute uncomplicated appendicitis during their initial hospitalizations with just 17 (4 percent) children requiring appendectomy before discharge. An additional 68 (16.4 percent) developed recurrent appendicitis later, and 19 of these patients were treated with the second course of antibiotics. The other 49 underwent appendectomy with histologic evidence of recurrent appendicitis.

Although the initial hospital length of stay for appendectomy was shorter than that of patients treated with antibiotics, complication rates were similar.

These findings were met with headlines like “Antibiotics, not surgery, could treat appendicitis in children, study suggests” from the Guardian and “Is Surgery Always Needed for Kids’ Appendicitis?” from US News.

What are the problems with this paper?

After searching the literature, the authors identified the ten studies they deemed suitable — seven prospective and three retrospective. Four involved only nonoperative treatment. It is unclear how one could perform a meta-analysis comparing the nonoperative treatment of appendicitis with antibiotics to appendectomy if 40 percent of the studies did no such comparison.

Of the ten papers, only one was a randomized controlled trial, and it was a pilot study in which patients, parents, and surgeons were not blinded regarding treatment allocation. The lack of blinding obviously taints the results. The proper way to do this study is to blind the patients, the parents, and the surgeons by obtaining consent for enrollment before knowing which treatment group each patient was randomly assigned to.

The authors of the meta-analysis also pointed out that the randomized trial “was not powered to provide definitive evidence of the efficacy of nonoperative treatment vs. appendectomy.”

In the five other studies, surgery and antibiotics were discussed with the parents, and they were allowed to choose which treatment their child would undergo, hardly an objective research method.

Other than saying it varied, the meta-analysis was vague regarding how the diagnosis of acute uncomplicated appendicitis was made in each of the reviewed studies. An unknown number of children may have been diagnosed by clinical criteria only. Therefore, some may not have had appendicitis at all. If they never had appendicitis, they were not likely to get a recurrence no matter what the treatment was.

The combined average length of follow-up for patients in the ten studies is not stated but ranged from as little as two months to 51 months, and seven of the studies had follow-up lengths of less than two years.

The authors had an epiphany about this stating, “Although we have not formally analyzed it, we noted a tendency for long-term efficacy to be lower in studies with longer duration of follow-up.” The short duration of follow-up is an issue with all studies of nonoperative treatment of appendicitis.

No studies used the same intravenous antibiotic regimen, and the duration of IV antibiotics was any one of the following: 2 doses, 24 hours, 48 hours, 72 to 120 hours, until abdominal tenderness resolved, and until C-reactive protein was less than 5 mg/dL. The oral antibiotic protocols were almost as varied.

I can agree with one conclusion of the meta-analysis. The authors called for larger and proper randomized controlled trials and said, “Until such studies are completed, we would recommend that nonoperative treatment of children with acute uncomplicated appendicitis be reserved for those participating in carefully designed research studies.”

This should ease the conscience of any surgeon not involved in a randomized controlled trial who believes appendectomy is still the treatment of choice for children with appendicitis.

The new generation of physicians will reconcile the patient-provider relationship 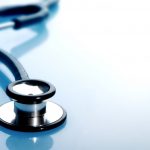 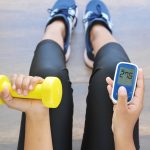 Is nonoperative treatment of appendicitis in children safe?
4 comments