I grew up in the United Kingdom and have friends and family who rely on the National Health Service. I’ve written previously how I believe that, despite the idea of a completely free at the point of use health care system sounding very noble — and there are certainly many great things about the NHS — it’s not a model that has been copied in any other country.

As someone who also has lots of friends and former colleagues working in the NHS, I regularly hear stories about how that system is completely at breaking point. The British media also regularly communicate this message, and the NHS undoubtedly relies on a huge amount of good will.

The ideal health care system probably resides somewhere in between this type of completely centralized socialized system, and a private insurance-based one. Out of all the systems, I’ve experienced, Australia comes pretty close to this mid-point: a system I’ve worked in myself during my final year of medical school.

Following the Australian model, here is what the United Kingdom should do, summed up in 2 straightforward steps:

1. Keep the NHS in place as is.
2. Encourage everyone who can afford it, to take out their own private health insurance, and then give them a tax rebate for doing so.

This would be an ideal solution, because great swathes of the middle classes and wealthy will likely leave the public NHS, thus relieving pressure on the system. If, for any reason, they aren’t happy with their insurance-based system or coverage, they can always go back to the NHS. Sounds simple, right? Back to reality. Here is what’s blocking such a good idea from happening in Britain:

1. British psyche. I’m afraid it is so ingrained in the national psyche that “health care must be free,” that any such proposal to encourage people out of the NHS, would likely cause a national uproar among large swathes of the population — however sensible it sounds

2. Political tool. Whichever political party proposes the above, would likely be annihilated with screams from opposition parties that they want to “privatize the NHS” (when actually no such thing is happening). We are just being pragmatic and realistic, and if someone leaves the NHS, it’s only fair that they should get some tax back, like in Australia. There would also be talk of a two-tier system. So what? That’s life, as long as the public system is still excellent. Doctors could have it written in their contracts that they must do a certain amount of work in the NHS, so they don’t leave it completely.

Because of the above issues, the Australian model, which would probably work so well in a prosperous nation like the UK, seems like a pipe dream.

As for America, if we are approaching this type of health care system from almost the opposite end of the spectrum, why not have this scenario:

1. A single-payer type system for anyone who desires it (Medicare available to all, or at least lower the current age of eligibility).

2. A private insurance-based system with tax breaks for anyone who can afford it, and offered by employers as a job benefit.

Having a basic “fall back” in place for everyone to access health care should not be as unpalatable for the “anti-big government” folk as some may think. If it was coupled with the right tax incentives to encourage people and employers to purchase their own private insurance, it could actually produce significant long-term cost savings, while also allowing a free market competitive insurance system. In a consumerist society like the United States, anyone who could afford it would want to enter the insurance market to give them more freedom and choice over their health care options, and not rely totally on the system that was offered by the government, with all the associated control and restrictions.

The great elephant in the room with health care and only offering coverage in a free market environment, is that there are unlikely to be any realistic scenarios in which insurance companies will be competing to insure the 52-year-old longstanding diabetic with heart disease (the people who need health care the most). One way or another, if these people have no insurance, society is going to end up paying for their care in the end.

The more this health care debate continues, and politically turns into a mess, the more I’m convinced that some type of single-payer system will ultimately be the one that’s put in place. The only question is, how long it takes to get there and what steps the government takes to encourage people to only use it if they absolutely can’t afford anything else?

In health care, things that sound so straightforward and obvious, seem all too hard to come by. 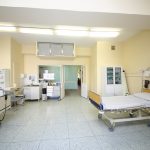 Administrators don't want to hear what physicians have to say 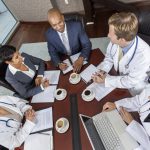