The federal government has declared, through its major health policy agencies, that the number of pain patients on opioids and the dosages they are on should be severely restricted.  The Center for Disease Control (CDC), Veteran’s Administration (VA) and Centers for Medicare and Medicaid Services (CMS) have all issued new guidelines within the past year to that effect.  Private insurers are following suit, in many cases refusing to pay for high dose opioids.

More recently, the American College of Physicians issued new guidelines for the treatment of low back pain that recommend using nonpharmacological therapies before prescribing any medication. They made this recommendation after a review of the research indicated that therapies such as massage, acupuncture, biofeedback and spinal manipulation have greater effectiveness and lower risks than any pharmaceutical. These therapies get to the root of the problem rather than just treating the symptom.

It has become clear that opioids are dangerous for many people who take them.  Widespread prescribing of opioids has led to an epidemic of opioid addiction and overdose deaths that has destroyed individuals, families and many communities.  However, this sudden policy shift is highly problematic.

During the last two decades when pain patients were being offered opioids as their primary treatment for sometimes very severe and complex pain conditions, many patients became dependent on opioids as their sole treatment.  Now many are being withdrawn, often abruptly, with no other treatment being offered, with sometimes devastating results.  Suffering has increased, suicides are being reported, and some are turning to heroin.  Other pharmaceuticals have limited effectiveness or poor safety profiles.

At the same time as opioids were being pushed as a panacea for chronic pain, health insurers did their best to dismantle the health system infrastructure as it related to pain treatment.  Physical therapists, occupational therapists, chiropractors, and psychotherapists have not had increases in fees from insurance companies for almost 40 years. In addition, the number of allowed visits for these therapies has become more and more restrictive.  (The exception for visit limits is psychotherapy, because of a federal mental health parity law that took effect in 2011.) As a result, the number of practitioners in these fields has shrunk significantly, and shortages are common, particularly for mental health practitioners and physical therapists.  In addition, health insurers refused to pay for interdisciplinary pain treatment programs, the most successful model of care.  The number of these programs has shrunk, from over a thousand in the early 90s to less than 50 today.  Even where these services continue to be available and are covered, most patients cannot afford them because of high copays.

Other treatments that are proven effective for chronic pain such as massage, acupuncture, biofeedback, exercise programs and low-level laser therapy, are not covered at all.  Lack of insurance coverage has also limited the number of practitioners coming into these fields.

We need to require insurance companies to pay for these therapies at a reimbursement level that is adequate to attract new providers, with copays that are affordable for pain patients.  Even with these changes, it will take years to bring enough providers into these fields to adequately meet the needs of the 100 million Americans in chronic pain.

Another natural remedy that could be quickly available that is both safe and effective is medical marijuana.  Marijuana not only helps with pain and many other illnesses with no serious adverse effects, it helps ease withdrawal symptoms and prevents development of tolerance in opioid users. Inexplicably, the U.S. Drug Enforcement Agency (DEA) refuses to reclassify marijuana from a Schedule 1 drug (high potential for abuse and no known medical benefits) to an alternate classification that would make it legal under federal law. Though 29 states and the District of Columbia have approved medical marijuana, these programs operate in a legally gray area, and insurance reimbursement is not available.

Chronic pain causes great suffering and costs our economy over $600 billion a year.  It’s time to vigorously address this problem.

My mother isn't a drug-seeking patient. She's in pain. 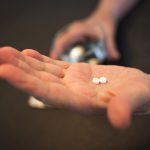 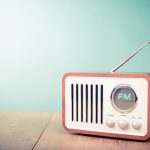 The feds say restrict opioid use. Now what?
38 comments