The redefinition of a potentially functioning medical system in which each individual is able to utilize financially non-prohibitive care into a disjointed balkanized realm of income-based insurance tribes is aided by the protean definitions of the political buzzword “access.”  Access to medical care does not entail the ability to reliably obtain medical care much as medical insurance reform is not, in point of fact, healthcare reform.  Regardless, the conflation of one’s potential ability to access a broken system with the delivery of a reliably accessible holistic system is never more evident than in the discussions surrounding emergency care.

Due to the fragmented nature of the U.S. medical system emergency departments both function as a means to obtain reliable hyperacute medical care as well as a de facto medical home for those without the ability to obtain primary health care.  Its role as the latter is not however due to the much-touted Emergency Medical Treatment and Labor Act (EMTALA) rather than a failing healthcare infrastructure.  EMTALA was established in 1986 to ensure that any individual seeking care within an emergency department of a hospital that accepts Medicare payments would receive screening for and stabilization of any identified emergent condition regardless of ability to pay.  Within its mandates is the implicit assumption that hospital emergency departments should care for all individuals based upon their acuity of illness and not their financial well-being.

This, however, does not suffice as a substitute for an established primary health care infrastructure or as a policy to ensure universal health care equity.  The emergency department is capable of rendering cost-effective care with the goal of rapid recognition of potentially life threatening conditions and the initial comprehensive management of said conditions once identified.  Its objectives are unique and distinctive from outpatient medicine where patients can obtain preventative and longitudinal care inaccessible from within emergency departments.

This distinction has been lost on many individuals during the current and previous debates over reforming the insurance delivery systems of the United States.   As the most appropriate way to provide financial security to Americans who need healthcare is adjudicated, the misunderstanding of the role of emergency care within the house of medicine is yet again demonstrable.  In 2007 then President George Bush when queried about his potential veto of the expansion of the federal Children’s Health Insurance Program stated, “People have access to health care in America.  After all, you just go to an emergency room.”  This same sentiment was repeated by candidate Romney and recently by Congressman Mark Meadows on CNN.  The most common retort, that emergency care is more expensive than traditional care, is erroneous and misses the point entirely.

Emergency departments are currently overwhelmed and overburdened with large volumes of sick patients as the population ages accompanied by the litany of acute medical illness that living longer provides in addition to an increase in the burden of chronic medical conditions.  Simultaneously the lack of a reasonable primary health care system and barriers to the ability to dependably obtain care systemically drives people to seek out care from emergency departments out of desperation or lack of reasonable alternatives.  The issue then is not one of cost, but of collapse as the struggles of U.S. emergency departments, best reflect the functioning of the health care system as a whole.  The results of missed primary care, barriers to preventative care, and financial restrictions to care all show up at the ED, the front door of the U.S. public health care infrastructure.

Access to health care then results in tangible directed health benefits much in the same way that access to private jets results in universal Cessna ownership.  One always has access to emergency departments, but this is neither a solution to the problem of a disjointed and failing system nor is it a demonstration of compassionate governmental planning for all individuals across classes of income.  True reform would entail discussions pertaining to the provision of financially non-prohibitive care for all Americans and providing a system whereby barriers to the delivery of primary care are not systematically discouraged by erecting economic obstacles while simultaneously referring to these very prohibitions as “accessible.”

Until these issues are truly examined, and realistically viable solutions proposed the concept of the emergency department serving as the easy entry point for those without the means to obtain reliable health care will persist.  U.S. emergency departments will continue to figure out new and creative ways to care for the myriad of individuals with acute illness and those left behind by the system who, by virtue of legislative decree, have no other medical home.  In the interim, we will continue to define our queue within the egalitarian ideals of democracy, caring first for the sickest in our midst, regardless of their ability to pay or earning potential. 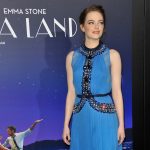 What on call used to mean 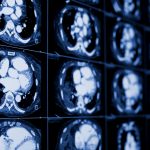