The current American climate seems to champion those outside the establishment and eschew the experience of career professionals. Medicine, like politics, has not been immune to the rise of populism. There exists a growing distrust of traditional medical institutions and a movement to concede medical expertise to the public, particularly evidenced by the development of platforms that crowdsource diagnosis. While online medical crowdsourcing is trendy and has received nearly universal praise by the media, physicians have yet to address a critical question: where does crowdsourcing medical advice cross into unlicensed medical practice, exploitation, and ultimately patient harm?

While “Googling one’s symptoms” is not exactly a new concept, a more recent phenomenon is the monetization of crowdsourced medical care, which relies, as with all crowdsourcing, on the hope that sufficient quantity will outweigh questionable quality. In the most common commercial forms, patients with mysterious constellations of symptoms — often elusive to the conventional medical community — can pay to submit their case to a forum of diagnostic enthusiasts and receive a list of potential diagnoses.

Certain platforms restrict evaluation to medical professionals, but others alarmingly employ anyone with good intentions, an admiration for Dr. House, and a Wi-Fi connection (one prominent company even dubs their amateur diagnosticians “Medical Detectives,” which is misleadingly abbreviated MD). Even when limited to professionals, this group can include retired doctors, medical students, and a range of health care workers from acupuncturists to speech pathologists. One would do well to question whether a retired surgeon, for example, is qualified to speculate on an uncommon skin rash, or whether an audiologist ought to comment on a patient’s heart palpitations. The trouble is, with little structure or enforcement, patients receive a hodgepodge of advice from numerous potentially inappropriate backgrounds and no guidance to navigate their legitimacy. Patients then pay hundreds to thousands of dollars for access to this murky crowd of medical aficionados (indeed, the same company even urges patients to pay extra to attract the site’s top diagnosticians).

As a practicing physician, I fear for patients who pay for online medical crowdsourcing, because it is not benign to receive actionable medical advice from a dubious source. The podcast Reply All reported the story of a patient with an unsettling combination of neurologic symptoms and headache that may have succeeded an incident of neck trauma. As Yale physician and New York Times columnist Dr. Lisa Sanders cautioned, this combination raises alarm for a particularly emergent condition: arterial dissection, or a precarious tear in an artery that supplies blood to the brain. Urgent imaging is required because if missed, devastating strokes can occur. Though such imaging made the patient’s list of crowdsourced recommendations, it was buried below less critical suggestions. Indeed, the patient pursued the higher ranked suggestion of chiropractic manipulation, which is notoriously known to exacerbate exactly these dissections. The critical lesson: Ruling out dangerous diagnoses supersedes reaching the right answer. This lesson is learned quickly in medical training, but may be overlooked by online strangers who are not liable for patient outcomes and whose tangential incentive is merely to guess a correct diagnosis.

Moreover, crowdsourcing often considers rare and common diagnoses equally, neglecting the stepwise evaluation performed by trained physicians. Typically, physicians first contemplate prevalent diagnoses that are simple to test, sparing patients expensive, invasive, unnecessary procedures. For this, a skillful, in-person physical examination, completely absent from the crowdsourcing model, can be a physician’s most invaluable tool. The process is dynamic and continual re-evaluation is key. As symptoms evolve and results return, the probabilities of diagnoses shift. Online crowdsourcing, in contrast, encourages patients to rebuff a deliberate approach, investing them earlier in unlikely diagnoses and propagating a sentiment that their physicians have somehow failed for subsequently reaching rare diagnoses.

Admittedly, physicians are not omniscient or infallible. I recently cared for a hospitalized teen whose brain and lungs were overrun by what seemed to be her hyperactive immune system. Since her illness attacked her brain, her mood and personality — the very core of her being — were affected. Despite innumerable interdisciplinary meetings among experts (targeted crowdsourcing in its own way), a unifying diagnosis remained elusive, and we focused on ameliorating her symptoms while the search continued. Eventually, her family agreed that she would benefit from outpatient care instead of endless hospitalization, but on the day of her discharge, she pleaded with me not to send her home without a definitive diagnosis. Our conversation was heart-rending because, despite her extensive workup, I could not offer the satisfactory answer she desired. I feebly explained that I hoped we would eventually reach a breakthrough, but I dreaded that we discharged her home feeling disillusioned and abandoned by the medical system.

How terrifying it must be to become consumed by an unexplainable illness. How disconcerting to then entrust one’s care to the medical establishment, an opaque otherworld of Latin lingo and space-age technology. With a knowledge imbalance that is greater in medicine than almost any other field, how can one even assess one’s quality of care? And what comes next when the answer of experts is “we have no answer?”

Here is where we physicians have inadequately assisted our patients, cultivating distrust in our abilities and contributing to the popularity of unregulated online medicine. Patients who have utilized diagnostic crowdsourcing platforms describe feeling dismissed and ignored by their doctors, especially when the diagnosis of a complex illness became nebulous and challenging. Whether pressure to see high patient volumes leaves little time for authentic empathy, or whether physicians’ own frustration with enigmatic diseases makes us shirk thoughtful counseling, we cannot be surprised when patients find solace in services that advertise quick answers, certainty, and hope. We have failed to counsel these patients, manage expectations, assure them of our tireless efforts to optimize their care, and encourage them that quality of life remains paramount even when diagnosis is evasive. Instead, we have fueled patients’ notions that they must advocate for themselves outside the medical mainstream, inadvertently abandoning them to inexpert medical services that exploit their hopes and dollars, fixate them on farfetched diagnoses, divert their resources from comprehensive health care, and risk their safety.

These 2 words can soothe patients who have been harmed 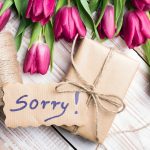 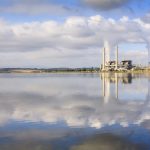 The dangers of inexpert diagnosis from a noisy crowd
2 comments