As a doctor, I am guided by the code of medical ethics. The code is made of up of four principles: autonomy, justice, do good and do no harm. These principles guide me and my colleagues, including the fifteen doctors in Congress, as we care for others. In the debate over the fate of the Affordable Care Act, thirteen of the fifteen doctors in Congress have publicly stated that they want to repeal the ACA and replace it with something else.

Recently, the replacement bill, the American Health Care Act, was finally unveiled. If our congressional doctors vote for this bill, they would violate a principle of medical ethics by doing harm to the estimated 10 to 15 million people who would lose their health care coverage.

I work at a clinic in downtown Baltimore that serves 10,000 poor individuals a year from the city and surrounding counties. When Maryland expanded Medicaid because of the ACA, our clinic went from having 30 percent of our patients insured to almost 90 percent. This has translated into real gains in the lives of those we serve.

One of my patients is a veteran in his late fifties. His name is Walter. A year ago Walter was diagnosed with prostate cancer, and within a few weeks, he became too sick to work. This caused him to lose his job and with it his health insurance. That’s when he turned to our clinic for help. We enrolled him in Medicaid and provided him medical care and case management services to get his care back on track. Currently, he’s getting primary care, specialty care with a urologist, medications, and radiation therapy all of which are giving him a chance to beat his cancer.

The ACA did two things to make sure Walter had access to care. The first was to expand Medicaid to cover all poor Americans. The other was to guarantee that everyone would be able to purchase private health insurance regardless of their income or medical history. Between Medicaid and private health insurance, nearly 400,000 additional Marylanders have health care coverage and nationally this number is 20 million.

The main concern people have about getting private insurance is that it is expensive. For folks struggling with the cost of insurance, we need to craft solutions to help them. The American Health Care Act, in trying to address this problem, will take us in the wrong direction back to the pre-ACA days where Walter would have would have been too poor to get insurance.

This legislation would harm millions of people, including Walter, by phasing out Medicaid, increasing costs for the poor and middle class, and making coverage harder to get for the sick. In return, coverage would become more affordable for high earners and the healthy, the two groups who were already well-served prior to the ACA. Underlying these ‘solutions’ is a misplaced focus on costs for one group of people while minimizing the health benefits millions of others have gained.

What we pay for as a society reflects our values. Each of us values our own health and the health of those we love. As doctors, we have an ethical obligation to do the same for the patients and communities we serve.

If Walter walked into the clinic of one of our congressional doctors, they would do everything possible to care for him. Their ethical obligation to him, and millions like him, is no different whether they are in their clinic with a stethoscope in hand or in Congress with a bill on their desk.

The code of medical ethics provides my medical colleagues in Congress with a compass for how to move forward in addressing our health care challenges. As citizens, and as patients, it’s up to us to speak up. Let’s hold them accountable to this code and demand that they do no harm. 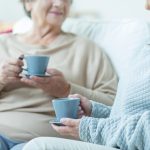 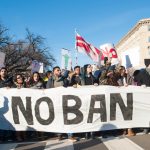