The CEO of the Mayo Clinic, Dr. Noseworthy, was last heard recommending patients fire their physicians suffering from burnout. While he does not have truckloads of compassion or empathy for colleagues; he is, at least, honest. Dr. Noseworthy recently confessed, “We’re asking … if the patient has commercial insurance, or they’re Medicaid or Medicare patients, and they’re equal that we prioritize the commercial insured patients enough so … We can be financially strong at the end of the year to continue to advance our mission.” The “ailing” nonprofit generated a paltry $475 million last year.

During his speech, Noseworthy noted the “tipping point” was the recent 3.7 percent surge in Medicaid patients as a direct result of ACA Medicaid expansion. “If we don’t grow the commercially insured patients, we won’t have income at the end of the year to pay our staff, pay the pensions, and so on,” he said. These are difficult decisions to make by rationing access to health care for the poor. It is a moral dilemma those of us in independent practices have been facing for some time.

Mayo will continue taking all patients, regardless of payor source, and this policy exempts those seeking emergency care.

This move is attempting to shift payer mix and mitigate the financial pressure faced by many health systems as a result of federal health care reform. Approximately 50 percent of patients at Mayo Clinic are Medicare or Medicaid. Higher reimbursements for privately insured patients makes up for losses incurred treating Medicare and Medicaid patients. Mayo says these payers reimburse at about 50 to 85 percent when compared to commercial insurance. It is about the same in my office.

While ACA Medicaid expansion brought the reality of health care coverage to millions; it left behind the practicality of providing access to health care for those same millions. As a direct result of the ACA, demand for physicians now overwhelms supply, due to increased closure of independent practices from incentivizing hospital consolidation. Physicians are not mean or spiteful, but we have families to feed, mortgages to pay, office rent, employee salaries, malpractice insurance premiums, and last but not least, student loans payments hanging over our heads. If my office closes, access further declines.

Throwing millions of additional patients onto Medicaid worsened the quality of care for those who were already on the program pre-ACA. Four years ago, my payer mix was 50 percent Medicaid, and while never flush with cash, I was able to survive. Post-ACA, the payer mix must shift to 75 percent commercial, and no more than 25 percent can be Medicaid in order to mitigate financial pressures. I have been closed to new Medicaid patients for more than a year with more than 70 families on the wait list.

Prior to the ACA, America rationed costs by not covering a portion of the population for preventive services yet mandating provision of emergency care (EMTALA) to everyone in spite of operating at a financial loss. Our post-ACA health care model still rations care by a variety of mechanisms: price, (copays, deductibles, premiums), capacity (physician shortages, advent of independent midlevel providers, certificate of need for facilities), and utilization management limitations (prior authorizations, referrals.)

Health care has remained a beautiful construct yet dysfunctional machine. Pricing measures reward error, inefficiency, and poor outcomes, private and public sectors continue to have a love/hate relationship regarding unbalanced cost shifting, and ultimately, attempts to regulate this catastrophic system by the government will lead to worsened outcomes for the poor across the board.

The American Health Care Act (AHCA) is not perfect, but it is pragmatic. Limited by the budget reconciliation rules to fast-track for Senate consideration, it was designed to attain 218 votes in the house and 51 votes in the Senate, which will generate cheers as well as jeers on both sides of the aisle. The bill is an important first step toward compromise and away from the disastrous ACA.

The AHCA would significantly expand health savings accounts, allowing patients to control more of their own health-care dollars, and give those who buy coverage on their own considerably more choice in the kinds of plans they buy. This change alone will allow lowering of premiums. It’s refundable tax credit will be available to low- to moderate-income individuals and will equalize the tax treatment of employer and individual insurance.

The bill would transform Medicaid into a more streamlined insurance program: moving decision-making to the states, permitting them flexibility in dealing with preexisting conditions, provide reinsurance, and trust state insurance regulators to run their markets. In my opinion, not providing enough assistance to the poor and elderly is a fly in the ointment. However, this can be adjusted in the next round, making premiums more affordable for the poor.

The AMA and the AHA oppose this plan; the importance of which must not be overlooked. These organizations do not represent practicing physicians and have very little interest in supporting the physician-patient relationship. It is very encouraging to me neither organization was able to garner much in the way of concessions on their behalf.

When the AMA and the AHA speak out against a bill, one must consider the AHCA as likely to be beneficial for both patients and physicians in the long run. Less than 15 percent of physicians today belong to the AMA, and they pad their pockets by burdening practicing doctors with excessive regulations. The AMA receives $72 million from licensing the ICD-10 coding system, a restrictive noose around our necks which increases costs of running a practice.

The AHA states they will collectively lose $166 billion dollars if the ACA is repealed. It is worthwhile looking at who profited most from Medicaid expansion. Patients theoretically stood to benefit from improved coverage, but only when access was coupled with coverage, which it was not. Of the $3 trillion dollars spent on health care, hospital care accounted for 32% ($1 trillion), while one-fourth of those costs ($250 billion) accounts for salaries and benefits of hospital executives. The annual average hospital CEO salary is $600,000, while the average primary care physician makes $185,000 (for the record, I have never even come close to this amount.) Physicians receive only 8 cents of every health care dollar spent. Do any of those expenditures appear to be benefitting patients? Obviously, the answer is no.

The AHCA is a very good start, like 100 lawyers at the bottom of the ocean. It does not seem like much at first, however over time; it will make a positive difference. Anything is better than the ACA for patients, physicians, and our sacred physician-patient relationship. When you delve further into the details of the AHCA, you will find less coverage on the surface, yet more access for the people. It is time to take the power away from the AMA and the AHA and build a health care plan that is pragmatic; knowing there is no perfect and only compromise, but that is something of which we are in desperate need. 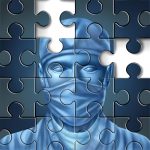 Why the American Health Care Act must be stopped. Now. 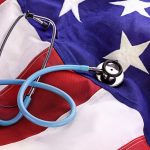