A computer algorithm learning how to play StarCraft like a champ may raise some eyebrows, but when algorithms start to give the skills of a trained physician a run, job security becomes a futile construct. An algorithm now diagnoses melanoma as well as a dermatologist: A consolation for the dermatologists, though: Folks across the hallway — the radiologists and the pathologists — are feeling the heat as well. In fact, if we are to believe the technologists and the futurists, as many as 80 percent of physician jobs could be gone in the future.

Disruption is coming to health care, or so we are constantly reminded, and the disruption is going to be technological — the saviors from silicon valley are bringing in a creative destruction from without. After putting in 25 plus years in education and training, and hundreds of thousand dollars in student loans, physicians now may have to contend with the possibility that they could be competing for jobs with a soulless machine running a nifty algorithm. If we were worried about phone bank jobs being bangalored, soon we may arrive at a reality where even highly complex physician jobs may be outsourced to the cloud. Who will be blame then? The Faustian technologists? The amoral machines? The politicians? We may not have ready answers, but we certainly will have a platter of bogeymen to blame.

Someone once deadpanned that if there is a physician job that can be taken over by a machine, it should. A blunt assessment? Yes. Prophetic and even wise? Likely. There is no stopping an idea whose time has come; in fact attempting to do so is the shortest route to irrelevance.

However, even as predictions are made about massive physician unemployment at the hands of clever computers, we have research report after report belaboring an imminent physician and health professional shortage. The American Association of Medical Colleges predicts a physician shortfall of about 95,000 over the next decade. The VA alone has a current shortfall of 45,000 health care personnel.  And if the rich world health systems can’t find enough professionals, what chance do the poor world health systems have where health professional shortage is already 20 times worse?

Mass physician unemployment can’t happen alongside a massive physician shortage; these are mutually exclusive scenarios. Or maybe, they aren’t. What if we have physicians but they are not the kind that our health system needs? 10 years from now we might arrive at a scenario where dermatologists are unemployed because a subset of the best dermatologists working in tandem with a computer like Watson provide all the dermatology care we need, but we still don’t have enough primary care physicians who could work with an AI-enabled computer to act more as the patient’s health coach? How do we avoid such health care dystopia?

Do we train fewer dermatologists and more primary care physicians? More surgeons and less medical specialists? In fact, it is quite unhelpful to think in terms of specialties here. Unlike humans, computers don’t care about specialties; they are not looking to get boarded with the ABIM. Machines master a certain function and do it better than any human could possibly do. Early machines did it with a specific skill — drilling or welding for example. Computers did it with arithmetic and computation. Now with machine learning and artificial intelligence, machines will master data processing, pattern recognition, and prediction.

A glut of AI-enabled cheap pattern recognition and predictive capabilities will mean that physicians won’t have to do this anymore. Specialties that involve a lot of these functions will see a gradual AI-creep in their work. However, pattern recognition and prediction are not all that physicians do. Physicians often generate high-quality data (e.g., data sets that train the algorithms). Physicians also draw upon their relationship with the patient, their knowledge of cultures and value systems, in order to make decisions and judgments that are useful for the patient. Physicians empathize and care. Cheap and plentifully available predictive capabilities from AI is likely to allow physicians to focus on these upstream and downstream functions. If an AI enabled machine is going to relieve them of the drudgery of chart and literature review, they would be very happy to oblige. They can then they can focus on the actual caring part of patient care.

If we handle this right, AI-enabled health care has the potential to free up significant physician time that we can use to provide high-quality care for more patients. However, handling this right will probably mean retooling our physicians, so their skills complement, not overlap the computer’s. To be future proof trainees will still do well with a solid data gathering skill and an eye for astute observation. But they will also do very well to be able to think probabilistically, make Bayesian inferences, program a computer and even write algorithms and think at a systems level. Empathy and the tendency to care have always been the cornerstone of being a physician, but they will be even more relevant in the future.

A retooled physician working with a machine will be able to add much greater value to the health system than he currently can. In fact, physicians and machines working together is the best hope that we will be able to address the looming health workforce shortage. And for those who have had to struggle with one physician every 20,000 people, an AI enabled health worker may be their only chance at accessing quality health care.

Now while the machines are at it, if they could figure out a way to do the patient notes as well. And answer the page from the ER!

Kiran Raj Pandey is an internal medicine physician who blogs at page59 and can be reached on Twitter @KiranRP. 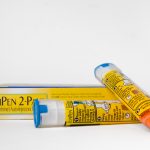 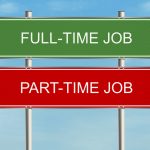