His intent was good, but I could only imagine terrible outcomes.  Somehow my voice would be used against me.  Maybe my documentation would not match my words.  Maybe it would be obvious on the tape that I forgot to ask a crucial question.  When he told me he wanted to tape our encounter my mind almost immediately jumped to it being Exhibit A in a lawsuit.

Before he could plug in his tape recorder, I told him he could not tape his appointment.  (Looking back, I am not sure what made me think I had the power to say no.)  We compromised and I wrote a letter to his children summarizing our visit and any tests or medications ordered.  He was satisfied with that, and this system worked for us throughout my residency.

My memory of this encounter was stimulated as I learned about the new SnapChat Spectacles.  SnapChat is a very popular social media app, and they are making a wearable device.  These trendy sunglasses are equipped with a small video camera.  After pushing a button on the frame, the glasses will take up to 30 seconds of video of whatever the wearer happens to be looking at.  Of course Spectacles connects wirelessly with the wearer’s phone and can instantly post videos to the social media site. There are other products on the market right now that can do similar things.  The iOn Snapcam weighs less than an ounce and is a 1.5-inch wide square camera with the ability to take pictures or video.  It can clip to clothes and at just a tap start recording.  It can even live stream for up to an hour!

What does this have to do with health care?  Recent advances in technology have propelled many new ways to access health care, but these two products, as well as others, have the potential to be detrimental.

How long will it be until someone’s Spectacles video becomes admissible in court?  A simple tap of someone’s glasses and 30 seconds of a full patient encounter could be taken out of context.  Plus it could posted to multiple social media sites as well.  What about the privacy rights of other patients around someone with these video recording devices?  If someone posts a video to their social media profile from a physician’s office lobby, other patients will likely be in those videos.  How will we protect privacy of the other patients in those situations?

If you are a physician, would you recognize any of these social media video tools?  What about your staff?  Would you feel comfortable telling your patients to make sure they were not collecting video or live-streaming their appointment?  Do you have a written policy to provide patients about limiting video capture in the office?

Matthew Anderson is a family physician who blogs at Digital Medicine and You.  He can be reached on Twitter @DrAnderson19. 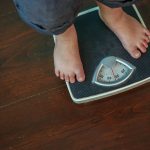 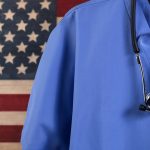 Are you ready for a recording device in your exam room?
16 comments