In the United States, the patent protection process — as it relates to the drug industry — has been distorted by the political system, intense lobbying and large campaign contributions. The result has been pricing contrary to the greater good of the nation.

Patents originated in ancient Greece. This legal protection assumed greater importance in 15th-Century Venice as a means to protect the nation-state’s glassblowing industry. The first patent granted in the United States was in 1790.

Across history, governments created patents for two important purposes: The first was to stimulate interest in research and find solutions to problems that vexed the nation and the world. The second was to promote the broader good of the country. The duration of time designated for exclusive use of the new technology or the approach was intended to be relatively short, with the public gaining the resulting benefits in perpetuity. As such, the granting of a patent was designed to advance not only the interests of its creator but also, equally, the economy and well-being of the nation.

The intent of the patent process and the balance between the dual objectives have been warped over the past decade. Increasingly, drug companies are not investing in R&D proportional to the profits they earn from the drugs they bring to market, despite their protests to the contrary. Instead, many have figured out that it’s simpler and safer, from a financial perspective, to either buy the rights to drugs developed by others and raise the prices many times over, as with Sovaldi. Or they obtain a medication already in existence and, using monopolistic control, raise the price as much as 500 percent or more, as in the case of the EpiPen. As a consequence, the patent protection process now primarily serves the drug companies, most often not on behalf of the American people, but, rather, at their expense.

Patent protection was never intended for use in a situation when human life would be endangered through its use. In other areas of society, broad legal prohibitions exist to protect human life and the well-being of citizens. For example, individuals are prohibited from yelling “Fire!” in a theater, and utility monopolies that control all of the electricity for a city are prohibited from price gouging. Patents make sense in a retail or manufacturing context. If you don’t want to purchase Venetian glass, you can decide it’s too expensive. In contrast, if your child is born with a genetic defect, you have no choice but to obtain the medication available for treatment regardless of price.

Patent protection effectively grants the pharmaceutical industry a monopoly, regardless of the human consequences. For a patient with a particular disease and a single solution available in the form of a sole-source drug, allowing exorbitant pricing that prevents access for individuals to the medication runs counter to the expectation of Congress to protect the health of its citizens.

The tension between the individual inventor and the population over what constitutes a reasonable length of protection for intellectual property has played out in countries around the world for centuries. Ultimately, however, a patent is not an intrinsic or Constitutional right, but a conscious choice by governing bodies to grant the exclusive ownership of rights to innovators based, as mentioned, on what’s best for all of the citizens of the nation.

Our nation must achieve a thoughtful balance between the use of patent law to encourage drug companies to develop new medications for diseases that can’t be treated today and the needs of patients to benefit from those drugs without bankrupting either themselves or state and federal budgets. Prices should bear a reasonable and logical relationship to the cost of development in return for protection against competition. And while it’s important that drug developers have a reasonable profit incentive to stimulate innovation, we need as a society to insure that such incentives optimize the right kinds of research and development, and not only the most potentially profitable products. We are nowhere near that optimal point today.

Complicating the problem are two pieces of legislation pushed by big pharma that further distort the current pricing process. First, the prohibition on importing drugs from other countries allows pharmaceutical companies to continue to discriminate on an economic basis against patients in the United States. Second, the federal government is restricted from negotiating prices on behalf of U.S. citizens unlike governments around the rest of the globe, thus guaranteeing Americans will pay more. As a result, our nation uses approximately 40% of the drug products manufactured but funds two-thirds of the profits generated by these global conglomerates.

The need for reforms to deal with drug pricing has not been lost on the president. In his first news conference as president-elect, he highlighted the excessively high drug pricing that exists, and the negative effect it has on U.S. jobs and income.

The next big wave of opportunities for the pharmaceutical industry will be the large-molecule biologic medications. These hold promise for the treatment of pain, arthritis, cancer and Alzheimer’s disease. Although these drugs have complex chemical structures, their processes for production are becoming increasingly common. And yet, the drug companies adopt the mindset that the price tags can be $100,000 a year and up. Even a drug like insulin, used by millions of people with diabetes in the United States, is being held hostage by the regulatory and approval process. In the United States today, insulin can cost $100 for a single syringe, while the price in other countries is less than 10% of that.

Drug companies, often deploying individuals and patient groups affected by a disease as their advocates, have pushed for expedited approval for new medications. But if we want to help people and make health care more affordable, we need an even more rapid process for approval of biosimilars and generics.

Patents were originally intended to encourage innovators and maximize the greater good. But today that privilege is being abused. Depending on what happens with legislation enacted by the new Congress to modify the Affordable Care Act, this corruption of the patent privilege could harm tens of millions of Americans who today are protected through their health care insurance programs.

The time has come to return to the fundamental intent of the patent process. Patent laws should promote and reward progress, while simultaneously maximizing the good of all. When it comes to the drug industry today, the rewards for pharmaceutical companies exceed the benefits to our nation. Hopefully, Congress and the new president will restore the proper balance. 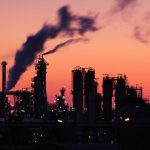 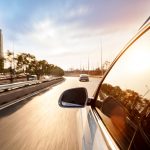 The patent protection in the drug industry is out of control. Here’s why.
5 comments