On January 21, 2017, the day after the 45th President of the United States was inaugurated, hundreds of thousands of women and men marched in thousands of cities across this country and others to stand up for rights of women, men, and countless groups that have been ostracized or are at risk for losing rights, representation, or critical funding. I watched my Twitter, Facebook, and Instagram feeds throughout the day. I read the inspiring quotes and signs, heard speeches, and saw the pussy hats. And that was just from my 80-year-old parents, who marched in New York. I was energized by the energy felt around the world.

Sadly, to understate it, I have never been much for large crowds, so I sat this one out. I didn’t “do it for my daughter,” as so many did. Nor did I do it for my son. “But ladies and gentleman, marchers and otherwise, there is so much more to be done; so much that already has been done,” I thought, as I watched my girl kick the sh*t out of the seven boys in her elite karate class. She and 2 percent of the other girls who begin karate at her dojo are black belts.

When I was interviewing for surgical sub-specialty residency programs at the end of my medical school career, it was not unusual to hear the question “You’re not going to go off and get pregnant, are you?” or even the blunt “We’ve never taken a girl before,” as the interviewer regarded me as some sort of alien from another planet. In 1990, this was considered the norm, and, in retrospect, had I brought a tape recorder to those interviews, the lawyers and I would be living off of the settlement money to this day. Alas, I let it ride.

“Code pink!” was not an unusual remark when there was more than one female doctor in an operating room. This from my chairman, as if to say too many female doctors in one room would be a hands down emergency. Certainly, something that needed to be fixed. “I smell perfume!” was another common quip at the surgical scrub sink.

Sitting back and “taking it” is clearly the weak, wrong approach, as it only continues to enable the inequality, and to somehow give a silent nod that such inappropriate comments are ok. But action, even quiet action, can be more powerful than words. If one is something, or does something, that speaks volumes over a quick comeback to an asinine statement.

Early in my pediatric otolaryngology career, a more seasoned female in my specialty asked me if I’d be interested in joining the women’s section of the national pediatric otolaryngology association. After all, I’m a woman — wouldn’t it go without saying that I’d jump at the chance to join such a group? But I hesitated. I was one of two women in my medical school class of 160 who went into a surgical field; I was the eighth woman in the 125-year history of my residency program to graduate. A few years into my joining the faculty at my current institution, I had one of the highest surgical volumes in the medical center. And I need to join a group to show for it?

Action groups are critical. Organizations such as women’s groups act as sounding boards, sources of solidarity, and can act to initiate change, especially for those who are unable to act for themselves. But sometimes action can be quieter. I come across so many highly educated women, with daughters. But women don’t always use their education and talents to their fullest. Or at all. They push their daughters to rise to academic stardom, as they did. They want opportunity for their daughters, just as they had, or maybe it’s opportunity they didn’t have. But opportunity is nothing without acting on it, quietly or with a banner. As Jonas Salk said, “The reward for work well done is the opportunity to do more.”

While I didn’t march for my daughter or son, I march for them every day. My daughter knows that women can be moms and doctors, or whatever career they choose to pursue. There are no gender labels on careers, sports, or books. My son knows that, too, which is just as critical for his present and future, when he will hopefully have the opportunity to work with some pretty amazing women. 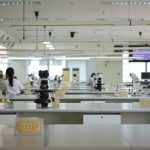 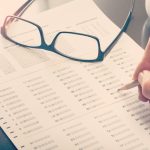 I march for my daughter and son everyday
12 comments