“You’re too pretty to be a doctor.”

“When will I see the real doctor?”

If you’re a female medical student or physician, it’s likely that these phrases are not completely unfamiliar to you. Despite it being 2017 — a fact we continue to point out to highlight how far we should have come by now, but haven’t — women in medicine continue to face sexism. This adversity isn’t just palpable in our wages or our job opportunities, or the pressures many women face to balance family and their career in medicine. Women in medicine are still questioned on their mere presence. This does not happen nearly as much as it did in the generation of those whom I consider mentors now. To these women who broke barriers in medicine, I know I speak for myself and my fellow students when I say “Thank you.” But while many think there is nothing more to say, the sexism that faces women in academic medicine, private practice and everything in between is still felt by many of my friends and colleagues.

I recently had a conversation about this with one of my friends, a fellow female medical student. I asked in almost a shy way if she had ever heard the phrases I listed above, or if it was just me. I had always been reluctant to broach this topic of conversation with my friends out of fear that I was the only one, and I thought maybe my peers just genuinely didn’t think I was smart enough to be a doctor. The relief that overtook me when she answered “Of course, I hear that all the time.” was short lived. Although I could take solace in the fact that I was not alone, it upset me that my brilliant colleagues were still seen for their appearance and as “less than” next to our male counterparts.

We continued our discussion about a week later in the lobby of our apartment building, a dorm almost exclusively housing medical students. As we stood in the lobby, a large group of younger students gathered around waiting for the elevator. They were all male. When we all entered the elevator, me and my two female friends began to list some of the sexist remarks we had encountered as women in the hospital. The men around us, brand new to the inner workings of clinical medicine and the wards, seemed shocked. “I’ve never had that said to me!” “People really said that?” were some of the remarks I heard from these shocked and still idealistic medical students. I am not one to deny idealism; I am still very optimistic about the world, medicine and the changes I will bring one day. However, I am happy they overheard us, as raw and honest and frustrated as our tone may have been.

I will say that I have never felt discriminated against for my gender in my own class or medical school. My peers are incredibly supportive, encouraging and recognize that we are all accomplished and deserve to be here. I have, however, heard “joking” remarks from some acquaintances in medicine, especially during my third year of medical school. It is during this year that most medical students decide on a field to specialize in. And for many people, this is all anybody ever asks you about. “What are you going into?” is a question that every medical student hears repeatedly. For me, this question was at times amended and became, “So what are you going into? OB-GYN or pediatrics?” For those of you unfamiliar with medicine, obstetrics and gynecology and pediatrics are stereotypically “female.” To compare, orthopedic surgery is stereotypically “male.” Being asked about my ultimate career choices suddenly wasn’t a genuine inquiry, it was an assumption based on my gender. To make matters worse, I am going into obstetrics and gynecology and automatically felt I was just conforming to a stereotype.

I have been passionate about women’s’ health, reproductive rights and obstetrics and gynecology since high school. This field was not my choice because of my gender, and I did not choose it because I felt it was “fitting” for someone without a Y chromosome. However, someone else’s prejudice was still able to get the best of me and make me feel embarrassed. This is where the problem lies.

I knew my worth. I knew why I had chosen my field and why it appealed to me in the first place. I knew deep down I hadn’t chosen it because I thought I only had two options. But the person asking me did not know this. They assumed I was giving into conventions and made a joke based on what they thought I want for my life.

Women in medicine don’t need to be reminded that they are intelligent, worthy and hard working. We already know this. Those around us need to remember that as much as we are women, we are doctors. We may be your doctor. Don’t be surprised. Be thankful.

Physical appearance and gender hold no bearing on one’s intelligence or ability as a doctor. I will be just as real a physician as any of my counterparts, male or female. The M.D. at the end of my name carries the same weight and significance as anyone else who earned it. And no, it will not be doubling as an M-R-S. 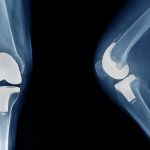 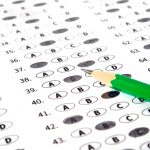