As a physician with a strong sense of calling, I always see myself working for each patient, regardless of who pays the bill. Following in the footsteps of role models like Hippocrates and Osler, how could I do anything else?

Ted has been my patient for decades. He can’t seem to lose weight.

John has admitted he doesn’t know how long he can keep doing the kind of work that has supported his family until now.

Ted is a long distance truck driver. He needs a DOT physical. Because of the new requirements, he will probably need a sleep study to rule out sleep apnea. If he fails, he could lose his job, because we all want to feel safe on our highways.

John came in with back pain the other day. As I filled out the Workers Comp M-1 form, he sighed, “This may be it for me.”

John told me his back started hurting when he lifted a washing machine at work. As long as his employer’s workers compensation carrier doesn’t challenge the claim, he’s covered for medical costs, rehabilitation and disability income — possibly even for life. If it had happened at home, on his own time, he would not be entitled to anywhere near the same benefits.

Medicine is a very personal business. A trusted provider hears more than a stranger, and his or her words have more impact. Our patients assume we are there to help them. But sometimes we are put in a position of working for someone else, against our patients.

In Ted’s case, I won’t be the one to tell him that his job is on the line because of his obesity. When the new requirements and certifications for performing physicals for the Department of Transportation went into effect, I simply didn’t pursue them.

In John’s case, as the treating physician, I have to file regular reports with his employer’s insurance company, and every test or referral I want to make has to be approved by them. If I keep him out of work longer than they expect or prescribe more pain medication than the average situation requires, I get a call from an insurance company nurse whose job it is to bring my treatment in line with their expectations.

It is impossible to overlook the fact that his employer’s compensation carrier is trying to direct John’s care; they are the ones who pay me for each of his visits.

If other life circumstances happen while I am treating him for his back injury, I have to be very careful not to spend too much time talking about them. I certainly can’t put any of it in his record, since every comp visit goes to the insurance company for review. I have to constantly remind patients that a comp visit is a legal document, to be used in what amounts to a case of litigation.

If I could help it, I wouldn’t treat workers compensation cases for the same reason I don’t do DOT physicals: I never want to represent an authority or institution that can be seen as the opponent of patients I need to have a therapeutic relationship with.

If John’s comp carrier were to claim that since he went to the hospital emergency room with lower-back pain after a minor car accident ten years ago, he had a pre-existing back problem, his medical expenses could bankrupt him. He has a high-deductible health insurance. If he can’t go back to work, he will have 26 weeks of reduced-pay short-term disability benefits. After that, he’d have to apply for Social Security Disability, which could take several years.

If Ted loses his DOT certificate, how can I be effective as his personal physician with my signature on the document that cost him his career? And if he were to commit suicide, like some middle-aged men who lose their jobs do, could I counsel and care for his wife and daughter?

I often think about my native Sweden in cases like these. I saw many things that frustrated me when I worked there after graduating from medical school, but they didn’t have one level of health and disability benefits for injured workers and little or no help for people who got hurt on their own time. That is a pretty arbitrary and inhumane way of stratifying health care.

If you’re hurt, you’re hurt, regardless of whose fault it is. (I’ll tell you about Sweden’s no-fault medical malpractice payments some other time.) And if you seek help from a doctor, you expect the doctor to be working with your best interest in mind. And if the society you live in doesn’t take good care of people who are sick or injured, you may have trouble accepting that your doctor is putting the good of “society” or “the system” before your most urgent needs to put food on your family’s table.

If you go to medical school, you will be stressed. Bigly. 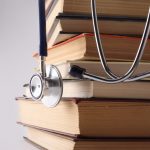 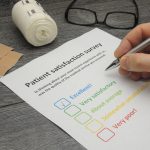