Did you know that several Caribbean medical schools provide postgraduate premed courses so students can complete their science requirements? At least one school’s nearly year-long premed curriculum includes 8 hours per day of classroom work, rudimentary general chemistry and organic labs, and a physics lab with 40-year-old equipment. The fee is more than $30,000 cash, no loans. That’s a lot to pay for courses that are not accredited and credits transferable only to other Caribbean schools.

The goal of these premed programs is to prepare students to take the Medical College Admission Test (MCAT). However, some schools require only that applicants take the MCAT but do not reject anyone on the basis of their scores.

A former student said, “Little did I know that a [Caribbean school] acceptance was the equivalent of a lottery ticket. They actually attempted to weed us out of the small (and unaccredited) pre-med class! It took me a month to figure it out.” One of his professors told him the administration said not to pass everyone in the premed course into the first year of medical school.

He struggled through the premed requirements and wound up at a different school. The dean at that school spoke to the students about USMLE testing and what to expect in the clinical years. Many times during the talk, that dean referred to the school’s “top students” in a way which implied that only the best students were likely to match to a residency position.

Another school administrator told him that some residency programs would not even look at his application if there was an F on his transcript. While most program directors would probably verify that statement, it was not widely known among the students at his medical school. Some had even failed a course but were still planning to become surgeons.

Regarding his struggles in the second year of medical school, the student said the volume of material was overwhelming, everyone in his class was stressed, and approximately one-third had dropped out. He observed that students who were doing well were “type A personalities who had some measure of prior academic success…and could make it through any US or Canadian program with ease.”

He barely made it through the first year with mostly C grades. During his second year, he dropped two courses and had to repeat them.

After eventually withdrawing from that school, he applied to another and was turned down.

He warned that those who are thinking about going to school in the Caribbean don’t understand how many don’t make it through.

Dropouts and accurate figures on what percentage of each graduating class passes all USMLE steps and matches to a residency program are unknown.

Meanwhile, tuition debt keeps accruing and doesn’t go away. The student has over $200,000 to pay off and will be doing so without the benefit of a physician’s income. He is now trying to get a job related to his undergraduate major: business.

Regarding the offshore medical school experience, the student had the following observations:

The schools accept many students who they know will not make it through to fill up the class and make a lot of money in the process.

I didn’t find the material in medical school to be all that difficult; it’s the volume of the material and the time constraints that are the problem.

I could not figure out why my studying was only yielding C’s when some people were getting the A’s and B’s. I’m starting to believe people are born smart.

I am not a good test-taker. I make the process harder than it is. The right answer might stare me in the face but I’ll always second guess it.

I was informed that residency programs look at more than STEP scores. I was actually under the impression that no matter what red flags I had on my transcript, my STEP scores would decide my future, but I was told by other students that residency programs will look at pre-clinical grades and I even heard from one student that an IM program asked for college transcripts! If that is the case, I would never stand a chance.

I wanted to be a primary care physician. Was all this stress worth it to go into primary care?

I keep reading that the match will continue to get harder and harder.

I have blogged about the decreasing number of residency positions available for international medical graduates.

Despite the recent ban on immigrants from certain countries, I do not expect the situation to change much for US citizen IMGs.

If it comes to a decision about whether to attend an offshore school or not, do your homework. Talk to people who have been there. It’s not all palm tress and sunsets.

Doctor revived after suicide tells all 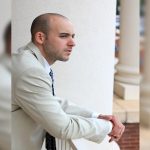 Who hates taxes? The answer isn't what you think. 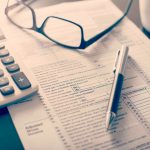