My stomach had been in knots that morning.

“Are you pregnant?” my classmate laughed after I returned to the gross anatomy lab for the second time after leaving for fresh air.

“No,” I spat, dissection through fat and fascia, teasing out muscles from nerves.

After lab, I bought a pregnancy test. I began medical school in my late 20s, already having discussed with my husband appropriate times to start a family during my training. The first exams had gone well, so we had collectively thought I could handle pregnancy while in school. We had just begun trying to start a family, and I was convinced that we were not pregnant yet.

However, the little “+” sign proved otherwise. We were both shocked and overwhelmingly excited to be parents. To be honest, though, I was also scared: What if my previous assessment of my abilities was overconfident? Was I so naive that I thought I could continue to be a good student while pregnant?

I was not comfortable with sharing the news with anyone — I was terrified that I would miscarry. Sweatshirts and scrubs were my outfits of choice, my mechanism for concealing my secret until I was ready to share it. I was afraid that professors and classmates would think that I was not a serious student since I had chosen to start a family during my training. (Luckily, my obstetrician was not faculty, and was located near campus so I could easily attend my appointments without drawing suspicion.) Being a non-traditional student, I knew that my time frame for a family was different than some of my younger classmates’, and I didn’t want to be judged as incompetent because of my “condition.”

However, my “condition” had ideas of its own, and it struck with a vengeance. I never predicted that I would be violently ill every single day. For the first time in my life, there was something that dictated my day-to-day activities that I could not control. As my morning sickness set in to stay, I began skipping lectures to study alone. I was unable to keep my composure for extended periods of time, especially during three-hour-long gross anatomy dissections. There were days where I needed study break naps. Sometimes, simply being able to function was difficult. I did not want any special treatment or to draw any attention, even when I was miserable.

Thankfully, I wasn’t always miserable. While there were plenty of doubts, there was even more joy. Ultrasounds, hearing the heartbeat, learning that our baby was a girl, trying to decide on a name — all of these things were joyful, and I was grateful for something outside of school to help me feel like life wasn’t completely consumed by medical school.

The problem with secrets is that eventually, they reveal themselves. One of our assignments was an eight-hour shift in our emergency department, which happened to be during my period of extreme morning sickness. To keep my nausea at bay, I kept a stash of hard candies in my short white coat pocket. When there was an X-ray, I quietly excused myself to a safe distance. The attending I was shadowing took notice, smiled at me, and returned to her work.

While my secret was safe that night, it was not to last. Shortly thereafter, gross anatomy lab precipitated my decision to speak with my professors. I simply could not stay at my dissection table for long periods without having fresh air and a drink or a snack to settle my stomach, and I didn’t want to be accused of trying to shirk my responsibilities at the dissection table. Over winter break I entered the second trimester, the nausea was slowly subsiding, and my husband and I had a clear ultrasound of a healthy baby. It was finally time to share our good news.

To my surprise, my classmates and administration were wonderfully supportive. It was such a relief to no longer hide a major part of my life from those around me. Speaking with the administration also provided me with a long list of mentors in a variety of specialties that also started families while in school or early in their careers, which made me feel much less isolated in my experience. The most encouraging thing I gained from my mentors was hearing their experiences, which gave me hope that mine would be okay too.

While the nausea did finally subside, other inconveniences arose. The small, day-to-day things that I could no longer do for myself felt like a betrayal. I could no longer tie my shoes, so I bought slip-ons. My white coat became too small. Reaching things on shelves became difficult, as my growing abdomen was in the way. The baby would kick during exams, breaking my concentration. When the long walk from the parking garage to campus became too much, I started riding the shuttle. Finding time in my school schedule to make appointments was difficult. These were all minor inconveniences but took time to get used to as my “new normal.”

There were many things that I wish I would have known before trying to start a family during my first year. Even though aspects of pregnancy were more difficult than I expected, the experience itself was not as horrible as it could have been. The support I received from my husband, family, classmates, and school administration was absolutely essential. In hindsight, having a baby during medical school was not a bad idea at all.

Allison Lyle is a medical student. 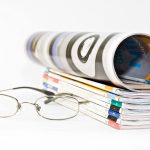 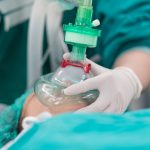