Transgenderism has been catapulted to the forefront in the media, and it is clear we are in the midst of a cultural shift towards greater acceptance of the transgender community. The January 2017 issue of National Geographic was recently released as a special issue entitled, “Gender Revolution,” featuring a nine-year old transgender girl on its cover. As the construct of fixed gender is challenged and the societal impact of this continues to evolve, the health care industry finds itself amidst controversies and changes as well, as a new transgender patient population arises.

One reason for the controversy centers on the question of whether transgenderism constitutes a medical “problem” or “disease” that should be treated as any other. Efforts at de-stigmatizing transgenderism have been considerable, and the American Psychiatric Association (APA) reclassified gender identity disorder (GID) to gender dysphoria in the most recent version of the Diagnostic and Statistical Manual of Mental Disorders (DSM-V).

But if society doesn’t consider transgenderism a “condition,” is the right to insurance coverage for transition-related care lost? Countries like France, Argentina, Denmark, and Malta have removed the requirement of having a diagnosis of gender dysphoria to obtain medical and legal gender transitions. There is no doubt that a large percentage of transgender individuals experience significant distress and long-term sequelae in their quest for gender affirmation, so what is society’s role?

The barometer hangs with the most recent national health care legislature. Section 1557 of the Affordable Care Act eliminated the possibility to deny health care or coverage based on sex, including one’s gender identity, and additionally mandated that individuals be treated consistent with their gender identity. Additionally, sex-specific health care that is medically indicated cannot be denied or limited solely because the person seeking those services identifies with another gender. Section 1557 also declares categorical exclusions in coverage for transition-related care to be facially discriminatory.

The formal position from the American College of Physicians recommends public and private health benefit plans include comprehensive transgender health care services, and that those plans provide all covered services to transgender persons as they would all other beneficiaries. Yet transgender individuals face significant barriers to receiving health care, both that which is considered standard — prevention, screening, and treatment of disease — and that which constitutes “transition-related care” — for example, hormone replacement therapy (HRT) and sex reassignment surgery.

As of May 2014, Medicare covers medically necessary hormone therapy for transgender individuals under Medicare Part D prescription drug plan formularies. Up until this time, gender reassignment surgery had been excluded from Medicare coverage regardless of medical necessity, but now coverage decisions for transition-related care are made on an individual basis, based on medical necessity as all other services.

Aside from coverage, access to gender-related care is another consideration. In February 2013, Kaiser Permanente (Oakland, CA) opened the first transgender health clinic to be offered by a major health system, with the goal of providing local services. The Healthcare Equality Index (HEI) 2016 published by the Human Rights Campaign® is a comprehensive review of over 2,061 health care facilities in the U.S. and focuses on all aspects of health care delivery for the lesbian, gay, bisexual and transgender (LGBT) community. In 2007, only 78 major hospitals participated in the HEI benchmarking tool, compared to 568 facilities in 2016. While it seems large gains have been made nationally, access to standardized care remains an issue for the LGBT patient.

Fundamental to the discussion of coverage and health care deliverability is cost. Many oppose coverage of transition care, citing high up-front costs. Others argue that denying this patient population the means and resources to pursue transition leads to higher long-term cost to society.

A study conducted by Padula et al., analyzed the cost-effectiveness of insurance coverage for medically necessary transgender-related services, including HRT, sex reassignment surgery, or both. Assuming provider coverage paid for the procedural combinations of: surgery, HRT, surgery and HRT, discontinued transition, and costs associated with baseline prevalence of job loss/depression, and assuming costs for provider coverage were equivalent to reimbursed rates for procedural diagnosis-related groups (DRGs), the authors found that provider coverage resulted in higher cost and greater effectiveness, and was overall cost-effective relative to no health benefits at five and 10 years from a willingness-to-pay (WTP) threshold of $100,000 per quality adjusted life years (QALY).

Outcomes-based research in patients undergoing gender transition is scarce, yet it is often outcomes research that dictates practice guidelines and coverage decisions. In one of the only long-term follow-up studies in adults with a diagnosis of gender identity disorder undergoing transition-related treatments, Ruppin et al., cite significantly fewer psychological problems and interpersonal difficulties at follow-up than at the time of the initial consultation prior to undergoing transition-related health services. The data pool on clinical outcomes will likely continue to grow in the coming months and years, and will likely fuel further policy changes in the transgender health care arena. 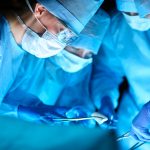 5 ways doctors don’t give patients what they really want 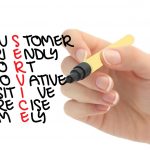