Laws that allow assisted suicide restrict the provision of “aid-in-dying” drugs to patients whose mental status is not impaired and who are capable of sound judgment.

Medscape recently featured a video interview of Timothy Quill, the palliative-care specialist and long-term assisted suicide activist. He is interviewed by the ethicist Arthur Caplan, and the two discuss the psychological evaluation of terminally ill patients who request physician-assisted suicide (PAS).

Several points made by Quill caught my attention.

For example, when it comes to the proper psychological evaluation of patients seeking PAS, Quill doesn’t think that psychiatrists are up to the task. “There are not enough psychiatrists who are used to seeing patients this sick,” he says. Quill notes that the physician must recognize “normal depression” (and, presumably, distinguish it from “abnormal” depression), but he is not explicit about why psychiatrists are ill-equipped to perform that task in patients with a terminal disease.

Quill recognizes, however, that there are cases where a psychiatric consultation is actually essential: along with patients who have a long-standing history of psychiatric illness, “people for whom [a PAS request] is completely out of character” should be seen by a psychiatrist.

But when is a request for PAS “out of character?” The only illustration Quill provides is the contrast between the deeply religious patient (whose request for PAS should be taken suspiciously) and the lifelong member of the Hemlock Society (whose request for PAS is presumably “in character” — although one wonders if Quill believes such a person should undergo psychiatric evaluation if he were to unexpectedly decline assisted suicide).

What about those who fall outside of these rare extremes? Quill does not elaborate, but he warns that primary care physicians are unlikely to be able to weigh in on a patient’s request for PAS. Primary care physicians are too busy, Quill argues, so he recommends instead that the evaluation of a PAS request be carried out by the palliative care team who can decide on its “authenticity.”

So, a palliative care specialist without prior familiarity with a terminally ill patient can apparently be brought in to evaluate him or her and, through careful listening, “make sure that [the request for PAS] is consistent with who they are as a person.”

This is inconsistent with the main argument in favor of PAS: patient autonomy, or “trying to honor what they want,” as Caplan puts it. After all, people can change. “Who they are” now does not need to match who they were in the past, and denying a person’s request for being “out of character” with who they are seems plainly authoritarian.

Upon listening to this interview, it occurred to me that the difficulty arises because those who condone suicide focus exclusively on what patients explicitly verbalize, but ignore the other, less misleading form of communication: body language.

If we paid attention to body language, we would come to recognize that suicide always and necessarily betrays a deep-seated conflict: The man who ingests — and digests — a meal before jumping off a bridge is a man who is torn apart. The body manifests a desire to remain alive, but the mind acts to destroy the person. There is an inherent contradiction between what the suicide does and what his body says that he wants.

We easily recognize this inherent conflict, and that’s why we rightly (and un-controversially) apply social resources to deter suicides from occurring.

A terminally ill patient who commits suicide by lethal ingestion, days or weeks before death would naturally occur, is expressing no less of a conflict than the person who jumps off a bridge. The patient is acting one way, his or her body another.

We should bear in mind that a person who coherently loses the will to live, i.e. loses it mentally and physically, will actually die in short order. She will lose her appetite, stop eating and drinking and fall into a coma. She may even die suddenly. (The commonplace, non-medical explanation for why spouses die within a few months of each other is undoubtedly correct.)

To consider suicide a potentially rational act betrays a dualist conception of the human person as a self/mind/soul substance “inhabiting” a material body. In the case of the terminally ill, the stance in favor of suicide implies that the self can rationally wish to separate itself from the failing body, despite the body’s apparent willingness to continue to live.

But mind-body substance dualism is untenable. We are unitary beings. There is no “ghost in the machine” or “pilot of the ship” directing the material body. (Even the brain shouldn’t be identified with the mind or the self although, as Professor Peter Hacker explains in this lecture, that misunderstanding is pervasive in the field of cognitive neuroscience.)

It follows that the mental coherence of terminally ill patients at the time they make a formal request for PAS is irrelevant. When they commit suicide, they demonstrate a profound inner conflict. It is a sad testimony to our psychological ignorance that we increasingly encourage suicide under the guise of compassion.

How to practice mindful nursing 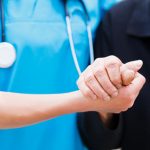 What this physician learned from being a doughnut waitress 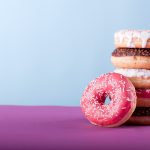