President Barack Obama, whether wittingly or not, invested his entire political capital in reforming health care in America. He gambled and lost. Not because he had nefarious intentions, but because he left the gory details to a corrupt Congress and a shady cadre of lying and conniving technocrats, ending up with something vastly different from what he campaigned on. From everything I’m reading now, President-elect Donald Trump is about to walk in Mr. Obama’s footsteps, and if he does, the results will be unsurprisingly identical.

On the campaign trail, Trump repeatedly stated that Bernie Sanders forfeited his place in history when he “made a deal with the devil” and embraced the corrupt Democratic Party establishment that fought his candidacy in the most abject fashion. Guess what? Mr. Trump seems to be making the same deal with the “red” version of the same devil. His cabinet choices indicate that he is now embracing the ultra-conservative factions of the Republican Party — the same people who actively or passive-aggressively opposed his candidacy. Nowhere is this peculiar and completely unnecessary capitulation more evident than in the beleaguered health care sector.

Trump campaigned on repealing and replacing Obamacare with something “terrific,” because Obamacare premiums are “going through the roof,” deductibles are so high that you can’t use your Obamacare plan “unless you get hit by a truck” and because people can’t keep doctors and plans they like. Mr. Trump also recognized that some Obamacare provisions are good and should be retained. One would, therefore, assume that whatever he proposes to replace Obamacare with will lower premiums, lower deductibles and increase the choice of plans and doctors. Although the details were rather fuzzy, two things were consistently mentioned during the campaign: selling insurance across state lines and utilization of health savings accounts (HSA). Both “ideas” can be summed up as deregulation of the health insurance industry and the unleashing of free markets. We’ve seen this before.

As late as 1978, interest rates on loans were governed by local state usury laws. Based on biblical moral and ethical considerations, these local regulations placed modest limits on interest rates charged by banks in a particular state. Just like our own advocates for selling health insurance across state lines, the national banks lobbied for the ability to lend across state lines, which means that the bank’s home state governs the interest rates in all other states. In 1978, the Supreme Court ruled in favor of the banks. And in 1980, Congress passed formal legislation to that effect. The result, as surprising as that may be, was not a fierce competition between banks offering the lowest possible interest rates in all states. Instead, some states immediately removed all caps on usury to attract big banks, and high interest rates spread like wildfire rendering state protections against usury irrelevant.

With a little more help from the Supreme Court, the same deregulation was applied to credit card late fees in 1996, with the same typical free-market results for citizens who watched their late fees quadruple. To create the appearance of counteracting the disastrous effects of deregulation on interest rates, the Federal government created the Consumer Financial Protection Bureau, an agency with no power to do anything of consequence. And is currently busy spending taxpayer money on a mega financial, personal and social database containing “more information than most people can remember about themselves.” The parallels to health care should be self-evident.

And then, of course, there is the saga of the Glass-Steagall Act of 1933, which enforced the separation between banking, insurance and dealing in securities, because mixing these activities was seen as a conflict of interest and an increased risk of bank failures. Glass-Steagall was repealed in pieces, with the death blow delivered by the Financial Modernization Act of 1999. Financial institutions merged and integrated vertically and horizontally into large experiment labs for innovative financial instruments with no oversight and no accountability. The results came home to roost in 2008 with millions of people kicked out of their homes while their taxes were diverted to feed the gargantuan players of free financial markets. We never had a Glass-Steagall in health care, but watching hospitals merging, gobbling physician practices and morphing into underwriters, while insurers are expanding in the opposite direction, is more than enough to trigger that spooky déjà vu feeling.

HSAs are another financial instrument beloved by free-market advocacy groups. The idea is to allow people to spend their money as they see fit, instead of forcing them to buy government-defined insurance benefits. To sweeten the deal, HSA money is not taxable. HSAs are usually paired with so-called catastrophic health insurance to cover life’s major disasters. The theoretical logic favoring HSAs is impeccable. Why should you buy insurance for things you don’t need? Why should you buy insurance for routine services you know you will need and can budget for, just like you budget for oil changes on your car, haircuts, gutter cleaning and such? Just imagine how expensive all these things would become and how little choice you would have if you paid for them with insurance. Fair enough.

There is one small problem, though. According to a recent Fed report, “Forty-six percent of adults say they either could not cover an emergency expense costing $400, or would cover it by selling something or borrowing money.” Another survey from GoBankingRates found that “nearly seven in 10 Americans (69 percent) had less than $1,000 in their savings account.” These are not “just” the traditionally poor people in inner cities, rural boonies, Appalachian trailer parks or however your pampered mind imagines poverty in America. This is the middle class. These are the “nice” people you see every day all around you. So how much funding do you think will be going into those spiffy HSA accounts? Not much.

Recently, President-elect Trump picked Rep. Tom Price, a former orthopedic surgeon, to be the next Secretary of Health and Human Services. And Dr. Price is a man with a plan. The plan is to replace Obamacare with age-adjusted, tax credits and HSAs, while making the same model available to employers, Medicare and Medicaid too. People would use the tax credits to buy catastrophic health plans across state lines and deposit the difference in their HSAs to cover routine health care. Sounds good — until you realize that the tax credits proposed by Dr. Price are ridiculously low and would cover less than half the cost of a catastrophic insurance plan. Now, it is possible, that once all Obamacare protections are removed, trashy little health plans, priced exactly the same as the tax credits, will return to the marketplace, but I seriously doubt that anything will be left over for HSA deposits. I’m willing to bet that the majority of employers will jump at the chance to extend the same parsimonious offer to their employees.

Once the Medicare modernization features of Dr. Price’s plan are implemented and Medicaid gets cut and tossed into the lap of perpetually bankrupt states, America will finally achieve universal catastrophic health care. Let me dispel the bleakness for a brief moment, though. Dr. Price’s plan has all sorts of great features for doctors. Malpractice insurance reform, freedom to provide cash services to Medicare beneficiaries, freedom to balance bill, some relief from regulatory burdens and a seat at the table for medical associations are all included in the plan. It is also quite possible that physicians in non-catastrophic specialties will get to enjoy some well-deserved leisure time. I can’t imagine too many non-catastrophic customers, flush with non-existent HSA cash, banging on their doors.

Mr. Trump has a mandate to replace Obamacare with something “terrific.” He has a mandate to defend Medicare, Medicaid and Social Security. Those are the things he campaigned on, and this is the mandate that comes with his election, nothing more and nothing less either. The conservative apparatus that rode into power on his surprisingly long coattails has no independent mandate. Donald Trump was elected President of the United States by the people of these United States in spite of the Republican Party not because of it. We did not send Mr. Trump to the White House to help Speaker Ryan and his conservative posse of faux intellectuals to dismantle the big bad “welfare state.” I can only hope that the President-elect understands that the manufactured urgency of repealing Obamacare, while blowing up Medicare, is nothing but a shrewdly laid trap for him personally, for his presidency and for the American people.

It may be helpful to remember that for each Obamacare frustrated person, there is at least one fairly content person, and many if not most of those content people are less affluent, mostly white, working families who either receive large subsidies or have become eligible for Medicaid. These are the forgotten workers Mr. Trump promised to speak for, fight for and win for. Yes, Obamacare needs to be replaced, and the best and safest way to replace it is not to repeal it, but to augment it. Try selling insurance across state lines if you must. Add options to pair catastrophic plans with HSAs. Heck, while you’re at it, might as well try an experimental public option. And sure, get all your anti-abortion stuff in there to keep the faux intellectuals happy. Let people choose what works best for them, because free people trump free-markets every single time, and that is truly terrific. 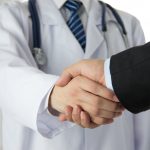 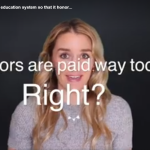 Obama gambled on health care and lost. Will Trump lose too?
14 comments