Well, I’m officially that old, bitter resident. I had to walk uphill to medical school 10 miles there and back. “In my day,” medical school was fail, pass, high pass, or honors. I recently found out that the medical school I graduated from has changed the first two years of basic science courses to simply pass/fail (while retaining the honors/high pass grades in clinical rotations). I am so annoyed!  Why does this bother me? Because that’s not how it was when I was there!  Because having the extra high pass and honors adds a great deal of unnecessary stress to students as they are adjusting to the brutal workload of medical school. But because I had to go through it, so should everyone else, dammit!

In all seriousness, I am in complete agreement and happy for the change.

The first year of medical school was the absolute hardest of my life. The stress was monumental. The coursework is overwhelming. The absolute competition, while often among friends, is real. With the high pass/honors in place, it wasn’t good enough to just pass. It wasn’t good enough to even high pass! Everyone, admit it or not, felt the pressure of having those staggered “grades.” There was always the next level that needed to be obtained!

My first semester I had a hard time adjusting to the rigors of medical school. The study habits that had suited me so well in undergrad, were completely failing me. As a result, my grades that semester were also struggling. After one particularly bad exam result in anatomy, the idea of failing a class for the first time was unbelievably depressing. I had graduated high school and then even undergrad with a 4.0. I had never even had a “B” before. Yet, by November of that first semester, failing was a reality that I had to live with every day. The effect that had on my psyche was truly significant. Luckily, and with some serious hard work, I passed that anatomy class and all my classes that semester. It didn’t matter how things were graded, I was happy just to have passed.

But by the second semester, I began to find my medical school study groove and was seeing improvement in all my courses. Even early in that semester, I no longer had to question whether I would pass or not. However, that did not take the pressure off, if anything as much stress as ever. Once I realized, passing wasn’t the issue, it quickly became whether or not I would “high pass.” I’ve always been the type to push myself, but in medical school, the looming issue is always the competition. What residency you can realistically apply to is greatly affected by the scores you receive. So once I knew I could pass my classes, I felt I had to high pass them. Just like that first semester trying to pass, I was now only happy with a “high pass.” That second semester I ended up with a “high pass” in three of my courses, and I was honestly less happy about it than when I’d found out I’d barely “passed” that first semester.

This trend would continue and by 3rd year, to the point I wasn’t even happy with a high pass and downright disappointed when I only passed a rotation. Then my 4th year of medical school I managed to receive an honors grade in 6 of my 9 courses. Yet I still was probably not as emotionally satisfied or happy as the day I found out I passed that first anatomy class I was so worried about.

While some might look at my story and feel I’m an example for why staggered grades help students push to achieve more and more, I disagree. The added stress of always having the next higher grade to achieve is unnecessary and even harmful. Medical school is stressful. It’s stressful no matter how you are graded, but the goal is to pass and be sufficiently trained to enter a residency, where only then are you actually trained to take care of patients. This isn’t 1960, and people are not practicing medicine unboarded straight from medical school. Medical school is now in many ways just another hoop to jump and likewise should simply be a course to pass.

I consider myself a fairly emotionally robust person. I have entered a specialty (anesthesia) where the choices I make can have an instantaneous life or death consequence. I have always handled pressure well and may even enjoy it a little bit. Not everyone is like that. Fewer still enjoy or thrive under it. The staggered honors-high pass grades tend to adversely affect these people the most. It takes good passing students, who will become good doctors, and crushes them under the added pressure. Deflates them with the unstopping competition. Eventually, burning a significant number of them out toward medicine. And horrifically, every year a few of them decide to commit suicide.

Now having graduated medical school and nearing the end of residency, I also see how little attention is paid in the residency selection/interview process to basic science grades. What is difficult to honor at one school, may not be in another. USMLE scores will and always have ruled the day. The added pressure of feeling the need to make the next higher grade will all be for a result that likely won’t even make it into the conversation come residency interview day.

Will a pass/fail only curriculum make medical school easy? Not even close. But it definitely could take unnecessary stress off students. That first two years of medical school were the hardest of my life. If had a pass/fail curriculum been in place maybe I wouldn’t be saying that today, at least after the second semester. And just maybe, there would be a lot of other great doctors out there that hadn’t been eventually burned out by the same system. If you are in a program that still uses a staggered honors grading system, I’ll give you the same advice that was given to me during those years: P = MD, baby. Because you know what they call the person that graduates without a single honors grade? Doctor.

This patient reinforced a simple but important lesson 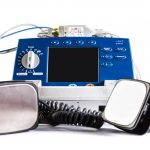 A medical school goes pass-fail: Why this change must happen everywhere
18 comments