The Centers for Medicare and Medicaid Services (CMS) EHR Incentive Program — also known as meaningful use (MU) — initially provided incentives to accelerate the adoption of electronic health records (EHRs) to meet certified program requirements.  Many physicians were mandated to change over to electronic records at the cost of tens of thousands of dollars.  Electronic records have never been shown to improve patient care or outcomes with statistical significance, the criteria physicians routinely use when making care decisions.

Physicians who failed to participate in MU would receive penalties in the form of reduced Medicare reimbursements automatically. To avoid a penalty, physicians had to implement certified electronic health records (CEHRT) and demonstrate MU of that technology through an attestation process at the end of each reporting period.  There were 10 data specifications. Approximately 209,000 physicians were facing penalties at the start of 2016, almost one-fourth of the U.S. physician workforce.

By the end of 2015, CMS had stated it would broadly accept applications for hardship exemptions because of the delayed publication of the program regulations.  Applications for physicians were due by July 1, 2016.

A friend of mine opened a private practice in October 2015 and thought she was on the right path toward submitting data and meeting MU requirements.  One of the most challenging things about running a business is hiring excellent ancillary staff for support.  Employees should be smart, capable, and well, able to reliably submit data.  It is worthwhile to note physicians receive no business training in medical school, so the learning curve is steep for all physicians including my friend, who is a family practice doctor.

There are mistakes, and triumph along the way and my friends’ misstep was hiring an office manager who ultimately was not a good fit — unbeknownst to the physician, she did not submit ANY data.  The notification arrived in the mail that this practice did not meet all 10 MU program requirements. “We had recently acquired a new EHR (cost 6K) and were uncertain how to verify data had been submitted.  We were working on it.” She contacted CMS, and they denied any opportunity for appeal.

Welcome to the penalty box, with no term limit. Every single visit, procedure, counseling session, or medical intervention will have 2 percent shaved off the top.  The average family physician receives about $100,000 a year in Medicare reimbursements, so a 2 percent penalty for 2017 will become 3 percent in 2018, and increase to 4 percent in 2019 — a combined three-year total of $9,000.

This total overlooks the increased costs and overhead of running a business. Staff members get raises; medical supplies cost more, and even medical license fees continue increasing — all while the physicians’ income is decreasing with no end in sight.

This young physician is working in her hometown somewhere in middle America, a small community, with a population of 13,000.  She is there because her family and friends are nearby.  She loves her patients; 50 percent of them are insured by Medicare and Medicaid.  She provides high-quality care; for which she will be paid less and less each year.

This physician is neither lazy nor stupid.  She is just not a businesswoman, yet.  She opened her practice straight out of residency and was under the impression she did not need to submit data immediately while getting things settled.  Once she began “submitting” data, she trusted the office manager to do it, because she was otherwise engrossed in seeing patients, (a part of our profession likely to disappear in the near future).   The art of practicing medicine will become an outdated and ridiculous notion at the rate we are going.

My advice for every primary care physician in this country is to opt out of Medicare and Medicaid so our businesses can survive.  This particular physician cannot do that as the hospital has guaranteed her salary for one year while she gets her practice started.  What a great deal for the hospital! The primary care physician is left to their own devices, to build a practice, and serve as a source of revenue feeding the specialists, who are employed by the hospital in this particular scenario.  The hospital did offer to employ her; however, the wage was far below the industry standard.

This family physician might reluctantly have to close her Medicaid and Medicare panels anyway. If her business begins failing due to the penalties being leveraged, she will opt out of both Medicare and Medicaid.  So will us all if this punitive payment structure continues unabated.

This scenario is repeating itself over and over across the country every day.  Private practice physicians are stuck between a rock and hard place.  Indentured servitude is on one side and the freedom to independently practice medicine is on the other.

Financial analyst John Graham at Forbes wrote in April of 2015 that MACRA was a “fiscally irresponsible approach to increasing the amount the federal government spends on Medicare’s physicians’ services.”  What should we do when working with a fiscally irresponsible person?  Do we jump on board and begin a business partnership?  No.  Then why are physicians acquiescing to this abuse?  MACRA penalties will begin in 2019 at 4% and increase to 9 percent by 2022.  Who can afford to stay in practice at the rate of decline in reimbursement?

In general, physicians tend to be compassionate and empathetic, they are rule followers, and do the right thing; traveling on the straight and narrow should not bring us to the point where we cannot make more than we would working in a fast food restaurant.  The answer is we must opt out until changes are made.  Private practice physicians need to realize we are on our own.  The AMA, ACP, and, CMS are working in direct opposition to independent physicians fighting hard to break the chains that bind us.  It is simply time to let go and walk away.

Suneel Dhand recently wrote, “it’s not just the ace of spades that the doctor and patient are holding — but the entire deck.”  He is right.  It is time for us to become dealers.  And I want to play dealers’ choice. 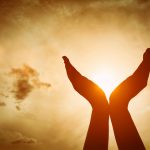 There's absolutely no way to stop a cough. Here's why. 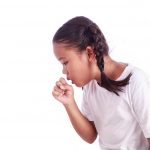 Meaningful use: A view from the penalty box
15 comments