So let’s step outside our traditional arguments when discussing the health care problem of gun violence in this country. We all know the entrenched opinions of both sides: The second amendment is inviolable vs. there are over 30,000 deaths from guns per year in this country, and why on earth does anyone need an assault weapon? But the city with the strictest gun laws, Chicago, has the most gun deaths, so clearly, based on this n of 1, gun laws do not work. Right? Confused? You should be.

Instead, let’s talk about the limits of human performance and how this should influence our policy on guns. To illustrate this point look no further than the African-American caregiver in Florida last summer who was lying next to his autistic patient, on his back with his hands up, telling the police in a clear and calm voice, “He (my patient) has a toy truck in his hands.”  Shortly thereafter, a highly trained officer, himself a member of a minority community in this country, shot the caregiver in the leg. To be sure there was some confusion introduced over the radio by his commanding officer. In a fraction of a second, in spite of all of his training, that officer made a mistake.

For those familiar with human the limits of human performance this outcome is expected and will happen predictably at a certain rate.

I am not using the above scenario to pick sides in the blue vs. black lives matter debate. I do not condone that those police in Florida left a man, handcuffed and lying on the hot pavement for 20 minutes with a leg wound from which he could have exsanguinated. I am not saying bias had no role in the decision to shoot. I am simply pointing out that an officer, even with the best of training and the most conscientious decision-making will make an error at a set rate because he is engaged in a complex task, under significant stress. And mind you we are talking about individuals who are continually being trained for these complex, stressful scenarios.

Now knowing the data about the limits of human performance, can anyone really make a reasonable argument that the solution to crime and violence in this country is unfettered access to guns? If you accept the zetabytes of data on the limits of human performance, the answer is no.  Unleashing an armed population with zero or minimal training in complex, stressful scenarios involving weapons will result in a higher rate of errors than we are currently seeing with the police. And don’t think for a minute that having a weapon will serve as a deterrent to an armed criminal.  The data on that is overwhelming as well.  If you carry a weapon, the likelihood of getting in a gunfight goes up nearly 100 fold.

To be clear, this is not a screed arguing that we roll back the second amendment. That is a different debate. This is not a judgment on whether carrying a gun determines what kind of human being you are. This is simply a statement that if you carry a gun, and are in a situation where you may decide to use it you will be prone to a very high rate of error in the moment of decision. If you go under extensive training to mitigate that risk, you will still have a significant rate of making errors although at a lower rate. So ask yourself whether unleashing an army of untrained gun owners on our streets, in our universities is really the answer to crime in this country of if it is going to result in many more unnecessary deaths. 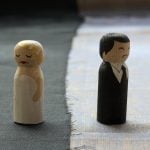 This is how doctors evolve 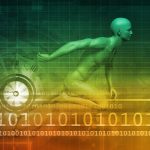 Gun violence and the limits of human performance
10 comments