An excerpt from Preventing Physician Burnout: Curing the Chaos and Returning Joy to the Practice of Medicine.

Mark Linzer’s research identified workplace chaos as one of the key predictors of physician stress, burnout, and intention to leave. A recent analysis of the data showed that physicians in clinics with chaotic work environments had significantly more stress and burnout and a higher likelihood of leaving the practice within two years. These clinics also had significantly more missed opportunities to provide preventative services and had significantly higher rates of medical errors.

Our experience and that of many of the physicians we interviewed confirmed the importance of workplace chaos in the development of burnout. Diane identified workplace chaos as the most important factor in the burnout that led her to leave clinical practice. Craig Albanese, MD, MBA, senior vice president and chief operating officer at New York-Presbyterian/Morgan Stanley Children’s Hospital and Sloane Hospital for Women, pointed to the chaos and unstable work environment as the driver of his increasing interest in taking on administrative roles. He sensed that “there’s got to be a better way.” According to John Toussaint, MD, CEO of the ThedaCare Center for Healthcare Value, the workplace prior to implementing a Lean transformation at ThedaCare was replete with inefficiencies. “Physicians, nurses, and administrators and everybody else were all running around like chickens with their heads cut off because all the processes were chaos. There was no standard work. You did it one way on Monday, another way on Tuesday, and a third way on Wednesday. There was no predictability.”

Toussaint told us that he and other leaders hypothesized that if they created predictability through standard work, the organization could focus on defect identification and problem-solving at the source. This approach, they believed, would lead to a more stable environment for caregivers and for patients. He described an informal study he did early in the organization’s Lean journey. He shadowed a nurse for a week with a stopwatch. The results? Three and a half hours of an eight-hour shift were spent searching for supplies. “It was the same for physicians in the office. What they needed was not in the room when they needed it. They didn’t have the information they needed to make decisions. Process after process was so fundamentally broken; it’s understandable why people were very stressed out.”

In an interview, James P. Womack, PhD, founder and senior advisor to the Lean Enterprise Institute, described a conversation he had with several residents after delivering a presentation at a prestigious academic hospital. He asked the trainees, “What have you learned about medicine?” One said, “Nothing works, so I’ve learned how to do work-arounds.” The fundamental flaw with work-arounds is that they don’t fix the underlying error-prone and inefficient processes. These work-arounds can make practice feel a bit like a revolving door. As Gene Lindsey, formerly at Atrius Health, put it, “It became obvious to me that some things were beyond our ability to change as individual providers. We saw the same problems every day, and just because you solved them one day didn’t mean they wouldn’t come back, because the solutions were work-arounds. They didn’t solve the real problems.”

Lindsey told us that at one institution in which he practiced for many years, two awards were given annually to recognize clinicians for stellar patient care. “It occurred to me that they should have been called ‘Band-Aid awards,’ because the system was so dysfunctional it required heroic efforts to provide care.” He noted that such efforts cost the physicians in “personal time and a cascade of other losses.” The physicians were willing to make the effort, but the dysfunctional system was the root cause of these sacrifices. He said, “It’s perverse not to recognize that a lot of their effort was wasted human effort.”

Why are practice environments so chaotic and inefficient? In a setting in which errors can have devastating consequences that can be fatal, why are so many workflows inconsistent and unreliable? The simple answer is that the current practice environments were not consciously designed to be efficient and reliable. They developed over time, as multiple improvement initiatives (or external mandates or the personal preference of individual clinicians) changed workflows. The cumulative changes occurred without a careful assessment of the collective impact. The result is the chaos in which most physicians practice every day in both the hospital and office settings. As Robert Wachter of University of California, San Francisco, described it to us, “We have created jobs that are undoable. We have not given a moment’s thought to rethinking the world in which physicians provide care.”

A common source of chaos in the clinical workplace is the inefficiency of both administrative and care processes. Physicians perform highly technical work that involves significant quality and safety risks. When physicians express fear that they will inadvertently harm a patient, this anxiety is often reflective of a chaotic workplace. Physicians know what to do, but the disorganized, dysfunctional, unpredictable practice environment in which they work makes it difficult, if not impossible, to do the right thing consistently. Attempting to predict and avoid medical errors in such an environment requires a high degree of vigilance, which is unsustainable in the long term.

According to James Hereford, COO of Stanford University Medical Center, this level of vigilance increases the risk of burnout. “The primary contributing factor to burnout is lack of thoughtful processes and support that avoids hero-level work.” We asked Hereford to explain what these processes and support would look like. He told us, “Every ambulatory clinic should have a well-codified prepare-for-visit process. But walk into almost any ambulatory clinic and look for that process, and it is non-existent. Instead, the physician shows up at the appointed time and tries to do his or her best with the summary information in the medical record while trying to engage with the patient. Little wonder it’s a stressful encounter. At the end of the visit, there’s no well-codified process for the patient exit, follow-up, documentation, or coding. We just expect physicians to function well anyway. It’s ridiculous when you say it out loud.” Wayne Sotile has seen a direct connection between inefficiency and burnout. He told us that the primary complaint of the physicians and nurses he’s worked with is inefficiencies in the work setting.

Paul DeChant and Diane W. Shannon are authors of Preventing Physician Burnout: Curing the Chaos and Returning Joy to the Practice of Medicine. 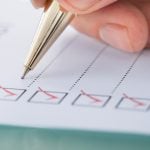 There is a direct connection between inefficiency and burnout
8 comments