The market for medical tourism grows as Americans increasingly seek medical care outside of the United States and pay cash for services.  Patients know they can obtain adequate quality care in Mexico for out of pocket costs far lower than their insurance plans with high deductibles would cover.  Posting basic outpatient visit and simple procedure prices could benefit our independent practices in the same way.  The only thing worse than not having health insurance, is having coverage be so expensive you cannot afford to utilize it when necessary.  It is like sleeping next to a chocolate cake every night while on a diet.

Mexico lags behind most Organization for Economic Co-operation and Development (OECD) countries in health status; however, they are the best in one significant category.  They have the lowest health care expenditures of all the OECD countries, making visitation of the free-market medicine “concept” worthwhile.  A majority of health care in Mexico is provided via private entities or private physicians. The private organizations operate entirely on a free-market system, less than 10 percent of Mexicans have health insurance, so most pay “out of pocket.”

My family spent a week in Mexico over Christmas and on the day we were due to fly home, my youngest son developed a very high fever.  Fever reducers were administered, and all was well until he vomited all over himself, his blankie, and the ground at the resort entrance.  By the time we arrived at the airport, he did appear a bit limp and lethargic.  “Is he sick?” the ticket agent asked.  “Not really,” I lied.   “Does he have a fever?” she asked.  “Not at this time,” I responded.  “You must be cleared by the physician at the airport before I issue your boarding passes,” she stated.  “Does it help that I am a pediatrician?” Nope.

Resigned to my fate, I waited in a quiet corner until a young physician and his medical assistant approached.  He introduced himself and asked me a few questions before suggesting an anti-emetic injection prior to the flight.  Needing to obtain a weight on my son, we followed him to the clinic, which looked like a mini-ER including two fully stocked treatment beds yet surprisingly no additional staff.  The physician gave him a quick shot on the rear (metoclopramide), filled out some paperwork, and handed me my copy of the encounter including an itemized bill:  300 pesos for the visit and 100 for the injection.  I paid him in cash, approximately $20 USD.

As he escorted us back to the airport waiting area, we shared some frustrations about our respective careers.  He told me about a young child from the day before who was severely dehydrated to the extent he required significant fluid resuscitation.  Due to the child’s precarious hydration status, an IV had to be placed in his jugular in order to successfully deliver fluids.  This young general practice doctor had a wide repertoire of skills, despite access to little in the way of resources.

Which brings me to the point: I need a light, a stethoscope, and a pen to heal and comfort human beings; the rest is basically nonessential.  This Mexican physician and I fundamentally do the same thing every day; except he has no receptionist, no billing personnel, no manager, no administrator, no care coordinator, and definitely NO EMR in his emergency clinic.  He documented the visit in less than 3 minutes (like I do), signed it, and handed me the top page for my records.  His care was good, his skills were solid, and his decision-making sound; I would have treated any other child the same way.

From an economic standpoint, there are two basic approaches to any service-oriented occupation.  The first is, “How much revenue can be generated?”  The second is, “How can one deliver quality for a reasonable price?” It is slowly dawning on misguided health economists that the former method is outrageously expensive.  The latter, a free-market system, is efficient, effective, and helps control cost, but there are fewer kickbacks available for the cartel of healthcare administrators and government lackeys that way.  The free market discourages waste and ensures both physicians and patients are mindful of expenditures, which is supposed to be the goal, right?

85 percent of medical problems can be handled in a private clinic or a direct primary care (DPC) setting, and 70 percent of surgeries can be handled in an outpatient ambulatory surgery center, yet our government preferentially backs large hospital practices employing physicians and subsidizing their expensive surgical suites.  Health care expenditures rise by the day, yet physician compensation has been relatively flat over the last few decades.  The increasing cost is due to the assorted “add-on fees” for large institutions, which should affectionately be called “administrator, manager, or IT surcharges.”  This is the reason parents are charged $39.35 to hold their newborn infant after delivery at the hospital.  In my office, it is totally free to hold your own newborn.  What a great deal!

Physicians should post prices for general well and sick visits, basic procedures, and other regular services when feasible, allowing patients to make better-informed decisions.  A business that provides value to the consumer will undoubtedly thrive.  The larger the physician repertoire, the more a consumer reaps the benefits of your expertise, and the busier the practice becomes.  Private specialty care could be provided in this straightforward, streamlined way as well.   Patients are clearly willing to travel outside the country for good quality medical care at a pre-defined cost, so why not walk across the street from the large hospital waiting room to an independent physicians’ office?

Free-market medical care encourages healthy competition; which is bad for the “administrators” and “managers” but very good for patients and physicians.  Domestic medical tourism could grow as informed consumers are able to search for the right quality at the right price.  My recent brush with free-market medicine is a beacon of light for how simple medicine used to be.  If independent private physicians come out of the shadows and into the light, embrace price transparency where feasible, then larger institutions will never be able to compete with us.  Now, what exactly are we afraid of? 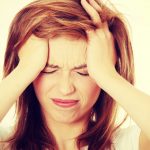 Being an oncologist is a privilege, even if it's sad 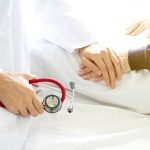