The Republican congressional leadership appears to be determined to move forward with a high-risk “repeal, delay and replace” plan, very early in the new 115th Congress to repeal (at least on paper) the Affordable Care Act’s key coverage provisions—Medicaid expansion, subsidies to make private insurance sold through the exchanges affordable, the individual and employer mandates, and the taxes to pay for coverage—by a simple majority vote, while delaying when the repeal would go into effect to give them time to come up with a replacement.

The problem is that this isn’t likely to work, not without disrupting care for millions.   As I point out in a commentary The Demise of the Affordable Care Act?  Not So Fast, published online on Tuesday in the Annals of Internal Medicine, I think it is magical thinking to believe that one can repeal the ACA, delay the repeal from going into effect, avoid loss of coverage, and then replace the ACA with something that keeps the popular parts while jettisoning the unpopular ones.

Much more likely, according to many independent and non-partisan studies, the result of “repeal, delay and replace” will be that many millions of Americans will lose their coverage as early as 2017, and many more if the ACA is full repealed without an alternative that offers comparable coverage.

So many, in fact, that I found from the studies that there must be at least 50 ways you could lose your health insurance if the ACA is repealed (my apologies to songwriter Paul Simon).  Under ACA repeal, you could lose coverage if:

1. You are the one of nearly 59 million who would lose coverage if the ACA is fully repealed.

2. You are one of the 7.1 million who would lose coverage because of an expected “near collapse”  of the individual insurance market while Congress tries to come up with a replacement.

3. You are one of the 4.3 million who would lose coverage as early as 2017, because “if Congress eliminates the individual and employer mandates immediately, in the midst of an already established plan year, significant market disruption would occur.”

4. You are one of the 52 million people, 1 out of every 4, with a pre-existing medical condition, because insurers may once again be allowed to turn you down or charge you more for coverage.

5. You have a specific “declinable” medical condition—like asthma, diabetes, cancer, or hepatitis C—that could become ineligible for coverage in the individual insurance market.

6. You live in one of 11 states, most of them red (Republican-leaning) states in the South, where at least 3 in 10 non-elderly adults have a pre-existing “declinable” medical condition.

7. You have a “declinable” pre-existing condition and lose your employer-based coverage, say because of a lay-off, and then find that no insurer in the individual market will cover it.

8. You are a miner, baggage handler, EMT first-responder, off-shore oil driller, or one of dozens of other occupations that places you at risk of suffering job-related injuries needing medical attention.  Before the ACA, many people in such higher-risk occupations could be turned down for coverage.

9. You are a woman, because insurers would again be allowed to treat being female as a pre-existing condition, allowing them to charge you higher premiums.

10. You are a woman having a baby, because insurers could again begin to deny coverage for maternity care and breastfeeding support, supplies, and counseling.

11. You are a woman using contraceptives, because insurers would again be allowed to deny coverage for contraception.

12. You are a survivor of domestic or sexual violence, which often was counted as a pre-existing condition before the ACA, making you ineligible for coverage. You could also lose the ACA-mandated coverage for interpersonal domestic violence screening and counseling.

13. You are a pregnant woman who has a medical need for gestational diabetes screening, an ACA-required benefit that could be taken away.

14. You are a sexually active woman who benefits from the ACA-required coverage of STI counseling on sexually transmitted infections (STIs), which can reduce risk behaviors in patients; for high-risk human papillomavirus (HPV) DNA testing every three years, regardless of Pap smear results; for HIV screening and counseling; and for contraceptive counseling.

15. You are a sexually active man who benefits from HIV screening and counseling and STD screening, benefits which may no longer be offered if the ACA is repealed.

16. You are or have a childwho gained coverage from the ACA and now might lose it, doubling  the number without health insurance, like the 67,000 children in New York state alone who would are at risk of being dropped.

17. You are one of the 12.3 million people who live in a state that has expanded Medicaidunder the ACA and could be dropped from coverage if it is repealed.

18. You are a low-wage person who lives in a red state that was considering expanding Medicaid, and are now likely to put the brakes on expanding eligibility.

19. You are one of the 14 million who would lose their Medicaid coverage, or no longer gain coverage in the future, if the ACA’s Medicaid expansion is replaced with block grants to the states.

20. You are in a red state that has expanded Medicaid because ACA repeal could cut off funding for the “more than 2.5 million people in GOP-represented states [who were] were enrolled in Medicaid through the expanded eligibility” created by the ACA.

21. You are one of the 60 million people suffering from a mental or behavioral health condition or substance use disorder who could lose your coverage because “full repeal  of the health law would gut major benefits and protections  …”

22. You are one of the 1.4 million young adults who get coverage from their parents’ plan but could lose it.

23. You are an entrepreneur with a pre-existing condition who may have to give up your start-up to get a regular job that offers coverage.

24. You have a pre-existing condition and end up being stuck with a job you don’t like—job lock—because you might not be covered if insurers in the individual market can again turn you down or charge more for coverage.

25. You are one of the 10.7 million seniors or disabled persons under Medicare who to date have saved $10.8 billion on prescription drugs because the ACA phases-out the “doughnut hole” in Part D coverage.

26. You are one of the over 39 million seniors who have received no-cost preventive services  guaranteed by the ACA, like “flu shots, tobacco cessation counseling, as well as no-cost screenings for cancer, diabetes and other chronic diseases” and “annual wellness visits wellness visit so they can talk to their doctor about any health concerns” at no out-of-pocket cost to you.

27. You are a senior enrolled in Medicare who would likely see higher premiums, deductibles, and cost sharing for Medicare-covered services.

28. You are white working class person because 56 percent of those at risk of losing coverage from ACA repeal are white, most of who are from the working class.

29. You are Latino or Hispanic because 22% of those who could become uninsured from repeal are Hispanic, a disproportionately large share of those at risk.

30. You are African-American because 12% of those who have gained coverage under the ACA are black, and now are at risk of losing it if the law is repealed.

31. You are one of the 7 million people who are eligible for cost-sharing subsidies under the ACA; if these subsidies are repealed, your maximum out-of-pocket costs will increase substantially.

32. You are one of the 9 million people who make between 100 and 400% of the Federal Poverty level who receive ACA’s premium subsidies to make insurance affordable.

33. You are older but not yet Medicare age, because if insurers are again allowed to charge older people 5 or 6 times more than younger ones (the ACA limits it to no more than 3 times more), your premiums in the individual market will go up.

34. You are one of the 133 million people with at least one chronic health condition who could find yourself again turned down for coverage or charged more.

35. You are one of the millions of patients who are, or will sometime in the future, be diagnosed with cancerand who now benefit from the ACA’s prohibition against excluding or charging more to patients with pre-existing conditions, no-cost coverage of preventive and screening tests, and a ban on annual and lifetime limits on coverage, leaving many cancer patients “frantic and scared” about loss of coverage.

36. You are one of the 137 million people (55.6 million women, 53.5 million men, and 28.5 million children) who have received no-cost coverage for preventive services from private insurers since the ACA’s required coverage of such services went into effect.

37. You are one of the millions of Americans who received combined $2.4 billion in refundsfrom your insurers because they spent too much on administration and too little on direct patient care; protections that would go away if the ACA was repealed.

38. You are a gun violence victim, because the ACA “has brought coverage to tens of thousands of previously uninsured shooting victims, often young African-American men, who, once stabilized in emergency rooms, missed out on crucial follow-up care and have endured unremitting effects of nerve injuries, fractured bones, intestinal damage and post-traumatic stress disorder.”

39. You are one of the 105 Million Americans, many of whom are middle class, who could again be subjected to lifetime limits on coverage under ACA repeal.

40. You are LGBT, because the ACA protects you from discrimination in coverage.

41. You live in a “red” (Republican leaning) statebecause you are more likely to be at risk of losing coverage under the ACA and your state will have fewer state resources to help you keep it, compared with “blue” [Democratic-leaning] states that have fewer people at risk, and more resources to maintain coverage for those who are.

42. You don’t have a college degree, since an estimated 80 percent of adults at risk of becoming uninsured if the ACA is repealed do not have at least an associate degree.

43. You are one of the millions of non-elderly veterans who have gained coverage since the ACA was enacted, reducing the uninsured rate among veterans from 12% in 2011 to 8.6% as of 2015.

44. You are one of the approximately 15 million people with incomes below 200% of the federal poverty level, approximately 48,000 for a family of four in 2016, who would lose coverage under full ACA repeal.

46. You are insured and end up paying more for your hospital care, because hospitals are forced to cost-shift to you the $166 billion in losses that would result from ACA repeal.

47. You are one of the 1.7 million non-seniors who live in Florida and have signed up for Obamacare coverage sold by private insurers, the most of any state, and would stand to lose it if the law is repealed.

48. You live in California, the state that “has the most to lose” if the ACA is repealed.

49. You live in any of the 50 states or the District of Columbia, all of which would see big losses in coverage; it’s just a matter of degree.

To be clear, you can’t add up all of the numbers above, because people at risk of losing coverage could fall in multiple categories.  But no matter how you slice and dice it, ACA repeal, particularly without an alternative that would cover as many with comparable benefits and protections, will lead to massive losses in coverage, touching just about everyone in some way, in some fashion.  Yes, there are at least 50 ways you could lose your health insurance if the ACA is repealed, and probably, many more.

The evolution of radiology 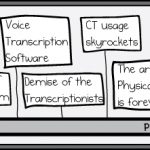 One way to train gritty doctors: Don't allow them to quit 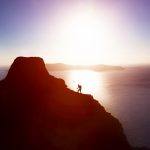