When the Trump Administration takes office, health reform as we now know it will not go away, but it will take a different form. I don’t think the changes will be as easy as opponents of the Affordable Care Act make them appear to be. It won’t be as simple as tearing down a building and constructing anew. If anything, it’s more likely to resemble an implosion that didn’t go so well, with parts of the structure, such as guaranteed issue and coverage of dependents to age 26, defying the explosives.

Professional societies have already positioned themselves to work with the new leadership. Soon after the election, the American College of Physicians’ (ACP) President, Nitin S. Damle, MD, MS, MACP, sent an “all member” email outlining ACP’s plans to move ahead on its policy objectives. Other medical organizations did the same. All of these statements speak in broad terms about covering as many persons as possible (and no fewer than before the ACA), addressing financial barriers to health care, and protecting patients.

We can only speculate about the impact on physician practices of the changes that the new President and Congress will make. Practices will be affected differently, depending on their patient mix, size, location, and how deep into payment reform they’ve already gotten. Some practices, such as mine, are “all in,” others are participating only enough to not fall behind, while others refuse to take any part in any of the initiatives, preferring to suffer the penalties and hoping that the changes will go away.

My biggest fear is that the Center for Medicare and Medicaid Innovation (CMMI) will be modified in ways that makes it less effective, or be eliminated altogether. It is through CMMI that our practice is a Medicare Shared Savings Program (MSSP) accountable care organization (ACO). The ACO program has made it possible for us to improve the quality of the care that we provide to our patients while saving Medicare millions of dollars. Rather than “taking the money and running,” we use some of the shared savings to build infrastructure, such as creating a diabetic management program to support our diabetic patients. In addition, some of the shared savings have gone towards increasing compensation to our physicians, most of who specialize in primary care.

Critics of CMMI don’t like its ability to spend money without having to ask Congress for permission. I would argue that this freedom is the reason so much has been accomplished in a relatively short time, by Washington standards. While not every one of CMMI’s efforts has generated savings, there have enough successes, especially among physician-run groups, and lessons learned to justify continuing CMMI and not get in the way of its work.

I worry that proposed alternatives to parts of the ACA will not move us forward, and might even set us back. People blame the ACA for high-deductibles, but these existed long before the ACA. Repealing the ACA will not make high deductibles go away. Health savings accounts (HSA) are mentioned as a replacement option. From my perspective, HSAs and similar accounts haven’t achieved their goal of increasing patient choice, since patients lack access to price information to inform their decisions, the urgency of many health-related decisions leaves little time to “comparison shop,” and patients seem reluctant to spend the money in their accounts.

The theory is that given the freedom to do so, patients will approach health care purchases the way people buy automobile tires, where knowing that they will need a new set, they research the best price for the tires and installation and go wherever they can get the best deal. Most health care decisions are more like when you break a fan belt in the middle of nowhere on the way to the family Christmas dinner. Your car gets towed to the only shop in town, and you pay whatever the mechanic charges for the repair, because you don’t have time to see what’s available in the next town and can’t afford to tow your car there anyway.

While the ACA has increased the number of patients with high-deductible plans, the reality is that at least those patients are now in my office so we can discuss their treatment options, where before, patients would not seek care at all because they had no insurance.

Then there’s the ever-popular idea of selling health insurance across state lines. Rarely does that pitch include a discussion of a regulatory framework to protect patients and physicians. If my patient in Rhode Island is insured by a plan based in Oklahoma and there is a dispute regarding coverage of a procedure, which state has jurisdiction? To whom to I appeal: my state’s Health Insurance Commissioner or the Oklahoma authorities, who have no obligation to a Rhode Island patient or physician? To those that invoke the “free market,” and argue that a patient unhappy with this situation can always take their business elsewhere, I give you my broken fan belt example.

While I am concerned about what President Trump and a Republican-controlled Congress might change, I agree that the status quo is far from ideal. The individual mandate is not increasing the pool of insureds to spread the risk and control premiums. Drug prices are untouched. The cost of care remains a “black box.” The ACA needs improvement – but let’s not implode it. 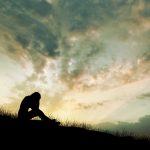 Is it possible for the modern day doctor to be happy? 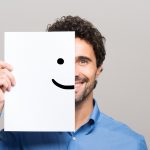 Will repeal and replace of the ACA move us forward or set us back?
3 comments